Bush-impersonating comic Will Ferrell jabs Trump for his 'thin skin': 'Can't you just go with it?' 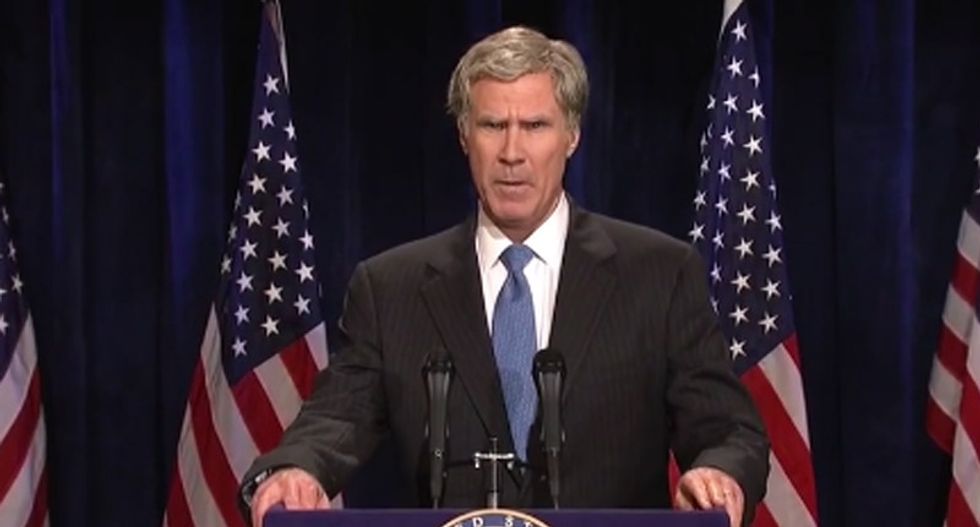 "Saturday Night Live" alumnus and "Anchorman" star Will Ferrell told the New York Times in an interview that President George W. Bush was a good sport about Ferrell's impression of him, but that current President Donald Trump seems to have such "thin skin" that he can't take getting ribbed by comedians.

Ferrell detailed a conversation he had with Jimmy Kimmel about Pres. Bush, in which Kimmel relayed what Bush said about Ferrell's impression of him.

“He said: 'I loved it. That’s part of the gig. You’re going to get made fun of. That’s freedom of speech.' And at that moment, he really looked like the adult in the room compared to the current guy [in office],” Ferrell told the Times.

Pres. Trump has repeatedly railed at actor Alec Baldwin for his Trump impression, which has been a smash hit and propelled "Saturday Night Live" to its highest ratings in decades. Trump has called the show "boring and unfunny" and tweeted "Alec Baldwin portrayal stinks."

"I get the narcissism because I feel like every president has an element of that, whether they hide it or not," Ferrell told the Times. "But the thin skin part? That’s amazing. You’re kind of like: 'Really? Can’t you just go with it?'"

He continued, "When [President Trump] wasn’t going to have any part of the correspondents’ dinner you wanted to go: 'Do you realize that at that dinner you get to make fun of people too? They’ll make fun of you, but you get to punch back.' I think it hurts so much so even the allure of getting to punch back isn’t enough."