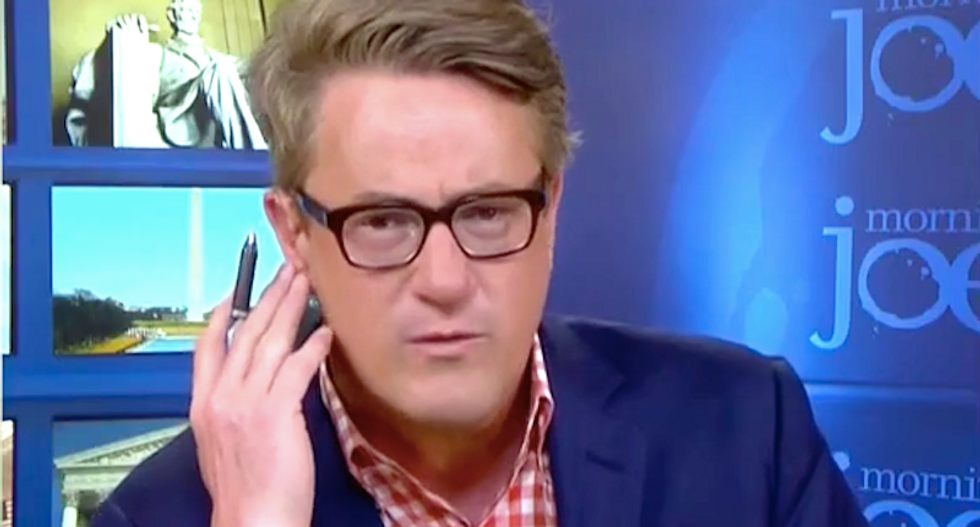 The co-hosts revealed in a Washington Post column that top White House staffers urged them to grovel before the president or the National Enquirer would publish a negative story about them.

"I think we have to talk about it now, because it explains the relationship and his really strange obsession with this show and in particular, his really disturbing obsession with Mika," Scarborough said. "We got a call that, hey, the National Enquirer is going to run a negative story against you guys, and Donald is friends, the president is friends with the guy that runs the National Enquirer, and they said, 'If you call the president up and you apologize for your coverage, then he will pick up the phone and basically spike this story.'"

Scarborough said three of the top officials in the Trump administration made the calls, but the TV host refused to call the president and apologize.

Brzezinski said the tabloid sent reporters to harass her family and friends as White House officials begged them to call the president to apologize, and MSNBC contributor Donnie Deutsch described the situation as "blackmail."

"Let me explain what they were threatening," Brzezinski said. "They were calling my children, they were calling close friends. They were pinning the story on my ex-husband, (but) I knew he would never do that. So I knew it was a lie and they had nothing. These calls persisted for quite some time, and then Joe had the conversations that he had with the White House, where they said, 'Oh, this could go away."

Scarborough said Trump called him during the campaign and boasted that he was friends with Enquirer publisher David Pecker, CEO of American Media, and suggested the tabloid was planting stories to attack his political enemies.

"There were all these stories planted in the National Enquirer for people that Donald Trump wanted to attack, and then he would talk about it on the campaign trail," Scarborough said. "So when we heard it, I said, 'Oh, so we've gone from campaign mode to now trying to attack us.'"