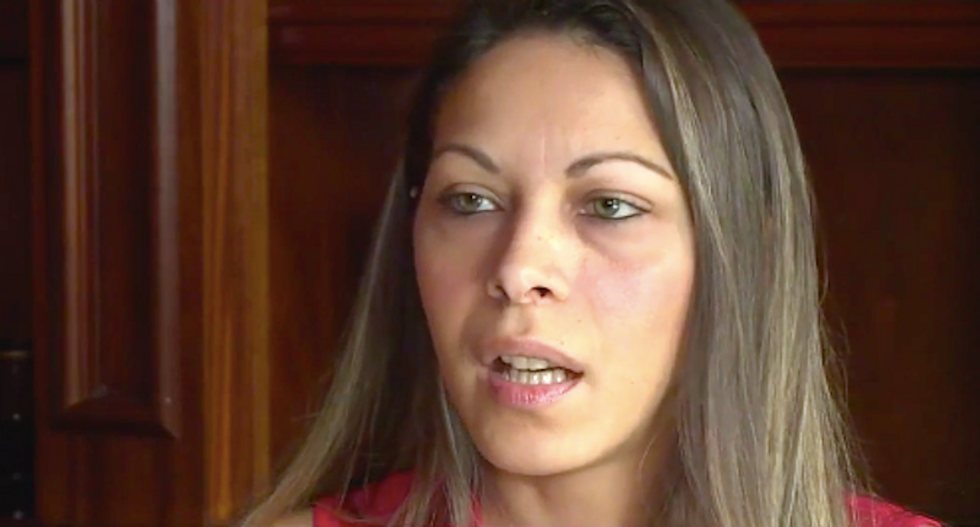 A professional musician says a United Airlines employee tried to wrestle away her violin after she insisted on carrying the valuable antique onto her flight.

Yennifer Correia wanted to keep the violin, which is hundreds of years old and worth tens of thousands of dollars, with her while flying Sunday from St. Louis to Houston for work, reported KPRC-TV.

Federal law requires airlines to allow musicians to bring their instruments aboard as carry-on luggage, under certain conditions, but Correia said a United supervisor insisted she pay $50 to check in her violin.

"She was rude from the beginning, saying these are the rules -- all you can take with you are some personal items on the plane, and the instrument is too big and it's not going to fit," Correia said.

The musician asked for the supervisor's full name, and she said the employee then tried to remove the luggage tag to get Correia's name -- and then the dispute got physical.

"I start screaming, ‘Help, help, help, can somebody record what's happening because this lady's trying to take my personal suitcase from me,'" Correia added.

Correia said the supervisor then threatened to call airport security before walking away.

"Now you have this bizarre scene of these two women in a tug-of-war with this piece of luggage," said Houston attorney Philip MacNaughton. "All they really had to do is say the overhead bins are full, or we can't accommodate and you'll have to take another airline, instead of attacking people."

Correia said she received a voice mail from a United representative, but she had not yet spoken with anyone from the airline, which is reeling from a series of public relations disasters.

The altercation caused Correia to miss her flight, and her first summer rehearsal with the Missouri Symphony Orchestra, and she is planning to see a doctor for an injury to her hand suffered during the incident.