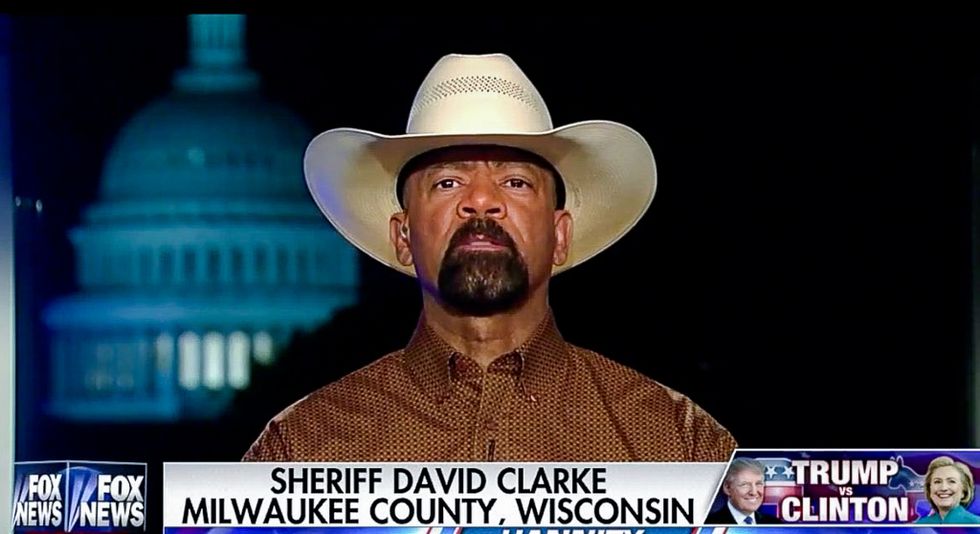 Controversial Milwaukee Sheriff David Clarke has reversed his acceptance of President Donald Trump's nomination for a job in the Department of Homeland Security (DHS), according to a Saturday report in The Washington Post.

"Late Friday, Milwaukee County Sheriff David Clarke Jr. formally notified Secretary of Homeland Security John F. Kelly that he had rescinded his acceptance of the agency’s offer to join DHS as an assistant secretary," said Craig Peterson, a spokesman for the sheriff. "Sheriff Clarke is 100 percent committed to the success of President Trump and believes his skills could be better utilized to promote the president’s agenda in a more aggressive role."

Trump nominated Clarke for a position at DHS in April, but within days, allegations surfaced that Clarke had plagiarized portions of his masters thesis at the Naval Postgraduate School in Monterey, California.

Clarke is notorious in Milwaukee for the disproportionate size of his media presence as compared to the actual size of his role in the city's sheriff's department. His sole area of jurisdiction is one of the city's jails.

However, four deaths -- including a newborn baby -- took place in the jail in 2016 due to neglect and mistreatment.

As Raw Story's Brad Reed noted earlier this year, "Clarke has accused Black Lives Matter of being responsible for the murders of police officers, while also blaming riots in his home city of Milwaukee on the “questionable lifestyle choices” of black residents there. This past November, a former inmate at the Milwaukee County Jail filed a lawsuit alleging that her baby died after guards there refused to give her help as she went into labor."