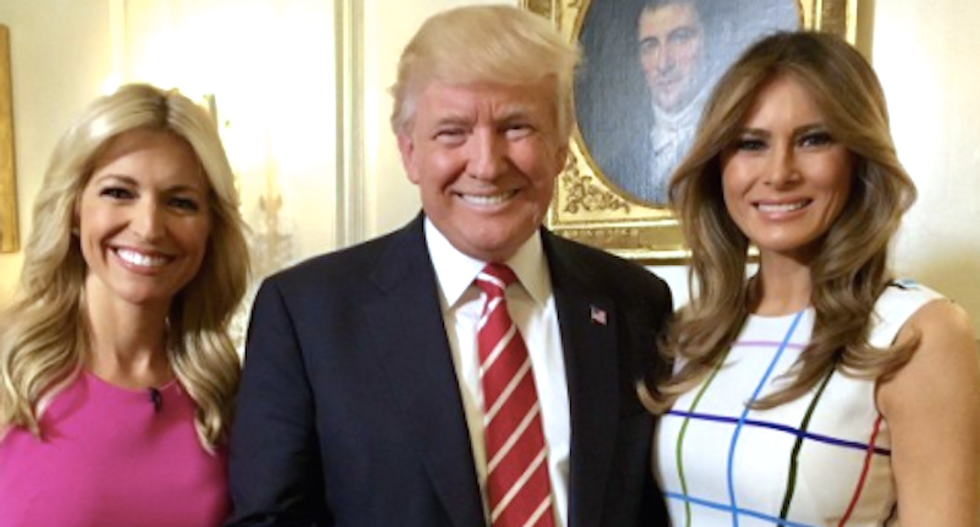 President Donald Trump signaled that he might fire the "very bothersome" special counsel, Robert Mueller, who is investigating his possible ties to Russia.

The president appeared Friday morning on "Fox & Friends," which he urged his Twitter followers to "enjoy," and discussed the investigation and the Senate bill to overhaul health care coverage.

Trump complained that Mueller, who served as FBI director under presidents George W. Bush and Barack Obama, was close friends with his predecessor, James Comey, and had hired Hillary Clinton supporters to join his investigative team as special counsel.

"I can say the people that have been hired are all Hillary Clinton supporters," he added. "Some of them worked for Hillary Clinton -- I mean, the whole thing is ridiculous, if you want to know the truth from that standpoint."

Earhardt asked whether he believed those relationships should force Mueller to leave the probe, and he agreed that was a possibility.

"Well he's very, very good friends with Comey, which is very bothersome," Trump said. "We're going to have to see."

Some of Trump's allies have suggested that Mueller be removed from the probe or step aside, and former House Speaker Newt Gingrich called the former FBI director the "tip of a deep state spear aimed at" the president.

Mueller is investigating whether Trump obstructed justice by firing Comey last month after asking him to scale back the FBI's Russia probe.

The president has complained on Twitter that the FBI and congressional probes of his campaign and longstanding financial ties to Russia are "the single greatest WITCH HUNT in American political history," which he claims was "led by some very bad and conflicted people!"

Trump has also cast doubt on the assessment of 17 U.S. intelligence agencies that have alleged Russia interfered with the presidential election through propaganda "active measures" and hacking.

He calls those allegations "fake news," while also accusing Obama of not doing enough to stop those Russian efforts to disrupt the election.