WATCH: 'Blood on the floor' as Capitol police drag Trumpcare protesters from outside McConnell’s office 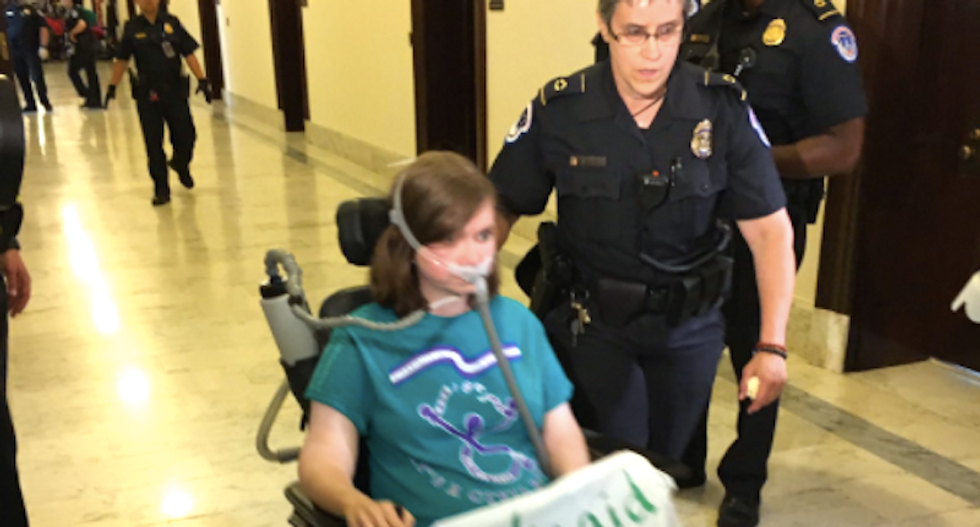 Demonstrators gathered outside his Senate office to protest the health care reform bill crafted in secrecy by McConnell and his aides, but Capitol police broke up the protest.

Video and photos shared on social media showed protesters, some in wheelchairs or wearing medical devices, being dragged away from McConnell's office, where they had planned to stage a "die-in" protest as a draft of the bill was finally circulated among lawmakers.

"The government wants to kill me," one woman said, as police led her away.

Officers dropped one protester who relies on a wheelchair, according to witnesses.

Witnesses reported seeing blood on the floor outside McConnell's office as police physically removed the protesters, but it's not clear whether anyone was injured.

An apparent Trump supporter was arrested Wednesday in San Francisco after attempting twice to run over a group of health care reform protesters staging their own "die-in" that blocked a city street for seven minutes.

Blood on the floor outside of Leader Mcconnell's office as protestors are physically being removed. https://t.co/z4gVd9t1qe
— Mariam Khan (@Mariam Khan) 1498145807.0