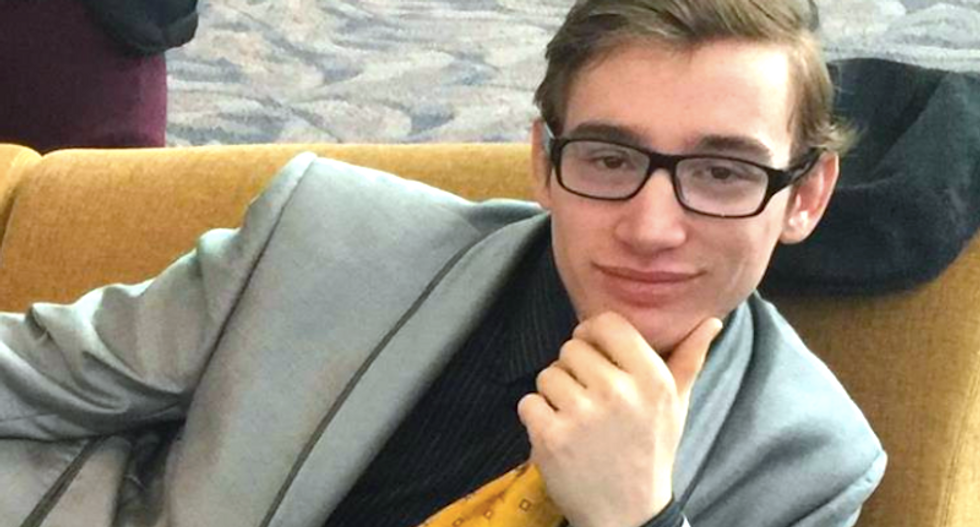 A white man launched into a racist tirade in a downtown Chicago café after a black man spilled some coffee on his suit.

The incident began about 2:30 p.m. Tuesday at Starbucks in the Loop neighborhood, when the man became enraged when some coffee spilled on his light-colored suit, reported WLS-TV.

A photographer from the TV station was inside the coffee shop when the incident began and recorded video, along with other customers.

"Shut up, slave!" yelled the man, later identified as 23-year-old William Boucher. "Do not talk to me!"

Boucher also referred to the man as livestock and suggested he should be tagged with a bar code involving his Social Security number.

"You're disgusting," the man yells.

The argument spilled outside, where the dispute became violent.

"Your children are disposable vermin!" Boucher yells at one man, who is also videotaping him, and spits on the 30-year-old man and a 34-year-old woman.

The man shoves Boucher, who continues ranting at black bystanders.

Another man then approaches Boucher, who knocks the older man to the ground with one punch.

Bystanders then tackled Boucher and held him until police arrived and arrested him.

Boucher, who Starbucks employees said had been a problem customer in the past but never violent, was charged with three counts of misdemeanor battery.

The 59-year-old man he's seen punching was treated at a nearby hospital for an eye injury.