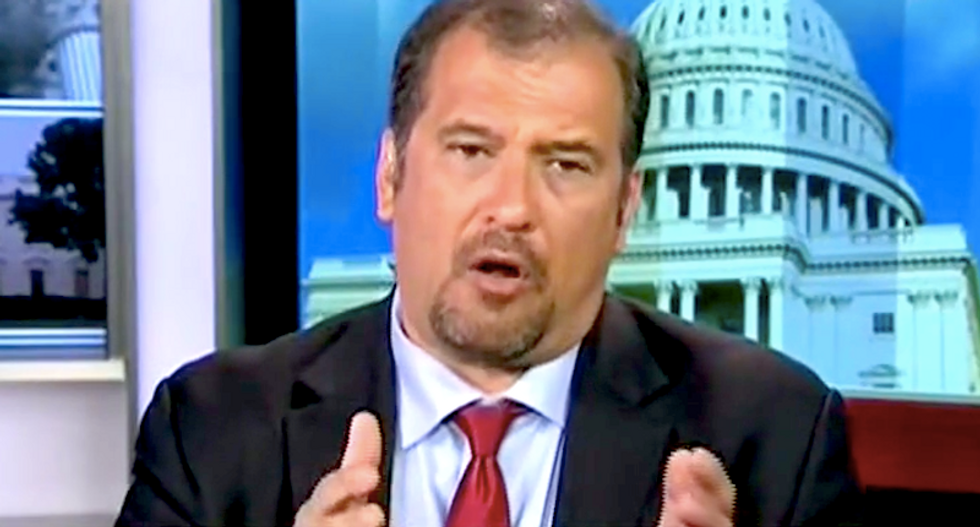 The reporter appeared Wednesday on MSNBC's "Morning Joe," where he told co-hosts Joe Scarborough and Mika Brzezinski that he finally had enough of the White House mistreatment.

"We are bullied and browbeaten every day, and I pretty much have had enough of it," Karem said. "There's really only two ways to deal with a bully -- turn them into your friend, (but) I don't think that's a possibility, or let them know exactly what's up, and you're not going to take the bullying anymore. We can't take the bullying anymore. It's undermining the Fourth Estate, it's undermining the First Amendment."

Karem explained that President Donald Trump and his administration's constant attacks on the media were essentially assaults on democracy.

"The reporters I know in that room -- even Breitbart, those people are responsible --

for the government to sit there and undermine, essentially, what is an essential checks and balances in the system, it's bit disheartening," Karem said. "It's unnerving. I can't take it anymore, it's nuts."

He said the Trump administration seemed to be trying to gain control over the media by pressuring reporters.

"What it speaks to is dissolving the independent media, and that's what -- it's trying to co-opt the media, make us, if we don't print what they want or broadcast what they like, we're automatically fake media," Karem said.

The reporter pointed out that the White House was responsible for pushing out "fake news" of its own, including a dubious video presented by Sanders during Tuesday's press briefing.

"What was funny, Sarah sat there (Tuesday) and asked to us look at a video, and she wasn't even sure the video was vetted and was factual -- but if factual, man, it was bad," Karem said. "So you're promoting, in essence, false media, and accusing the rest of us of being false media."

Karem agreed with Scarborough that the attacks on the media were part of a premeditated strategy.

"It's one of the few strategies i've seen from this White House, and it has been ongoing," Karem said. "Look, I don't lump everybody in with that. They've done some things that are incredibly open -- adding Skype to their press briefings, bringing in members of the Cabinet for briefings -- but at the same time when the president of the United States, even (Wednesday) morning, is tweeting out 'fake media,' and telling us we're the enemy of the people. He's enflaming the very people who got him in office. He's speaking to his base, and he's trying to undermine the very essence of what we do, and that's not good for this republic, it's not good for this country. It's anathema, it's got to be stopped and we have to stand up to it."