'We're okay -- but the country's not': MSNBC's Joe and Mika respond to Trump's 'face-lift' tweets 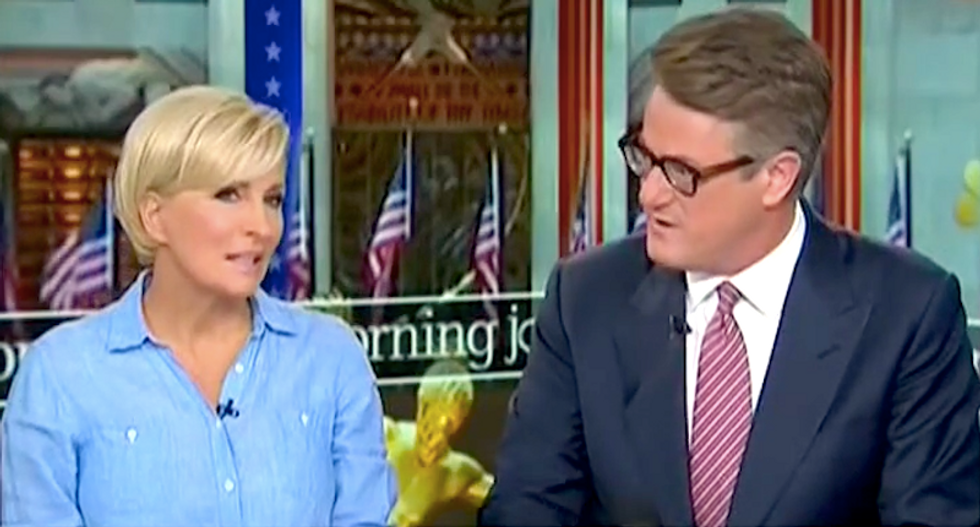 The "Morning Joe" co-hosts, who recently got engaged, postponed a planned July 4 vacation to address the president's tweets, which -- ironically enough -- came in response to Brzezinski's criticism of him "tweeting wildly about people’s appearances (and) bullying people."

"I am very concerned, once again, about what this reveals about the president of the United States -- it's strange," Brzezinski said.

Brzezinski said she knew, as she mocked Trump for posting a fake Time magazine cover at his golf courses, that the president would be "tweaked" -- and she said his "childlike ego" is a national security threat.

The president called the TV hosts "crazy" and "low I.Q.," and he claimed to have turned away Brzezinski from a party because she was "bleeding badly from a face-lift."

"We're okay, but the country's not," Scarborough said. "Unfortunately, we learned what we've always known -- he, for some reason, takes things so much more personally with women."

"For some reason, he always goes after Mika -- it's always personal with Mika," Scarborough added. "He attacks women because he fears women."

Scarborough revealed that a Republican lawmaker had called him after Trump interrupted a meeting to rant about the "Morning Joe" co-hosts, and the congressman said the president's comments scared him.

"'He was vicious when he turned from you to Mika,'" Scabrorough said, paraphrasing the congressman. "'His face was red, he started talking about blood coming out of her ears, out of her eyes,' and this congressman said, 'I've been in politics for decades, and never seen anything like this.' He said, 'I don't know why I'm calling you, but I was just scared, -- I was scared for you guys, and I wanted you to know.'"