'Out of his mind': MSNBC's Mika unloads on Trump and his 'lobotomized' staffers over Tillerson reports 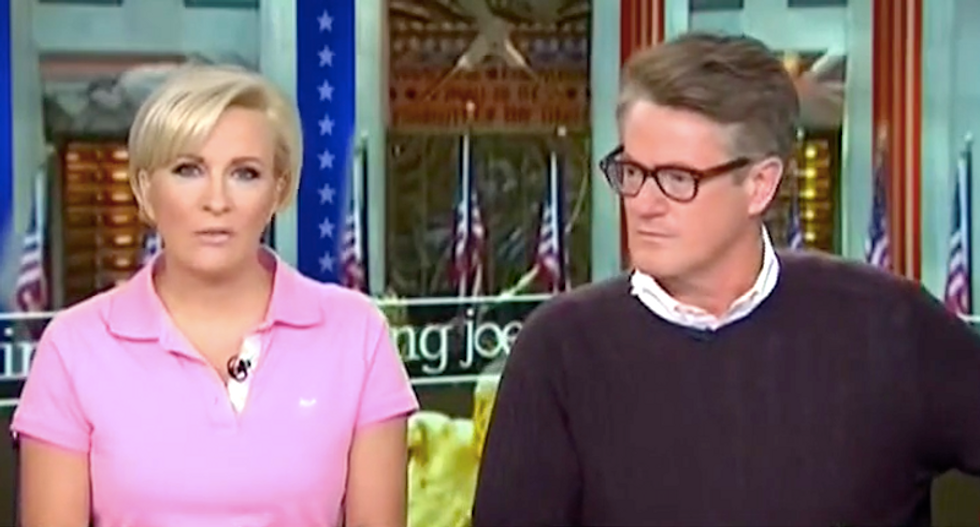 Secretary of State Rex Tillerson reportedly unloaded on Johnny DeStefano, head of the presidential personnel office, last week in front of other staffers during a heated meeting in the White House chief of staff's office -- and the "Morning Joe" co-hosts blasted the president and his dysfunctional administration.

"Everybody in Washington, in the administration, needs to look at this from, I think, a point of view where they're not lobotomized because you're sitting in there and you're so scared of him, and you think you need to suck up to the president," Brzezinski said. "You need to look at this like any company."

"Let's say someone came into NBC and took over NBC, and started tweeting wildly about people's appearances, bullying people, talking about people in the competition, lying every day, undermining his managers, throwing them under the (bus) -- that person would be thrown out," she continued. "It's just not normal behavior. In fact, there would be concerns that the person who runs the company is out of his mind."

Brzezinski continued to sound the alarm that Trump's behavior had no historical parallel in the U.S., but more closely resembled actions by authoritarian foreign leaders.

"There about these are legitimate concerns at this point," she said. "We have never seen anything like this before. Is there any precedent in history, in the United States of America? Yes, there may be precedent in other countries -- that's not a good sign."

Scarborough said the administration would blame the dysfunction on Tillerson, but he said the secretary of state had been sidelined by Trump -- who would prefer to just let his son-in-law, Jared Kushner, run U.S. diplomatic efforts from inside the White House.

"I've been told by four people in the administration over the past six months that Jared Kushner was going to be the de facto secretary of state," Scarborough said. "So people can blame whom ever they want to blame -- but Donald Trump and Jared Kushner's idea has been from the very beginning that he would be the secretary of state and they would just get somebody that would go around the world, smoke cigars with leaders, slap him on all the business was going to be done by Jared."

Brzezinski commented on that frightening prospect, and Scarborough offered some unsolicited advice to the president and secretary of state.