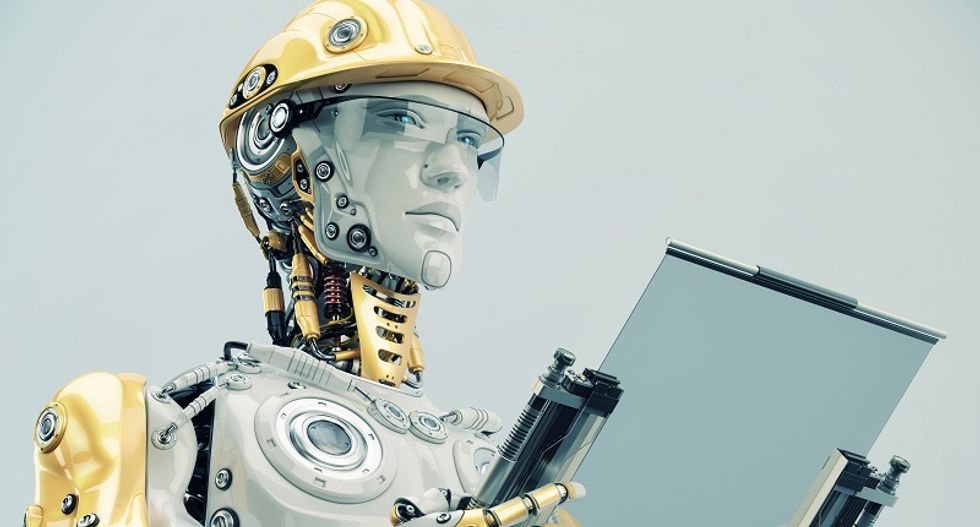 The U.S. currently has no legal definition for artificial intelligence, and there's no federal policy on the potential threat posed by robots on the job market -- but one Democratic senator is hoping to change that.

Sen. Maria Cantwell (D-WA) has circulated draft legislation to create an advisory board on AI-related topics but does not order action or prescribe policy, reported Axios.

The Washington Democrat is soliciting feedback on the bill and looking for a Republican co-sponsor, according to the website, and she hopes to introduce it soon.

According to the draft, the board would advise the secretary of commerce on "networked, automated, artificial intelligence applications and robotic devices" that are expected to displace more American workers than they will create by 2025.

The draft also seeks to help eliminate bias in the development of AI and the algorithms that support them.

The board would include corporate representatives, civil liberties groups and organized labor, and Cantwell's draft calls for representatives from the Education Department and National Institute of Justice to be appointed to the committee.

The Obama White House issued a report late last year on the economic impact of AI, and the Senate has held a hearing on artificial intelligence, but the Trump administration has not yet addressed the topic.

AI technology has so far advanced too quickly for the law to keep up.

Some states have addressed legal issues related to AI, as U.S. companies like Google, Apple and Facebook develop new technologies to anticipate consumer demand, along with Chinese companies like Baidi and Tencent.

Some of the tech leaders working to develop AI were startled by Treasury Secretary Steve Mnuchin's lack of concern over the technology's economic impact.

Mnuchin said in March that the possibility of AI taking human jobs is “not even on my radar screen” because it was “50-100 more years” away.

He said he was "optimistic" about automation possibly displacing humans in the workforce.