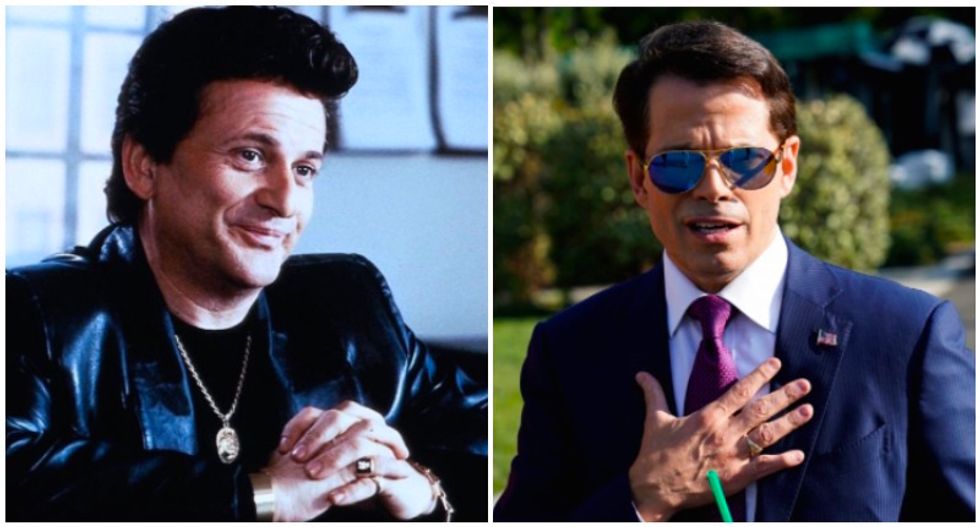 An advocacy group pushed back against Scaramucci's performance a week after President Donald Trump chose him to lead his communications team and a day after he unleashed a profane tirade against his White House colleagues, reported the New York Post.

“Let’s be clear," said Andre DiMino, executive board member for the Italian-American One Voice Coalition. "Anthony Scaramucci in no way represents the 25 million Italian Americans who are hard working, law abiding and respectful."

Scaramucci joins the White House after a career as a Wall Street financier, and he quickly drew attention for his flamboyant praise of Trump and ferocious criticism of opponents.

“The concern for us is that as an Italian American Scaramucci’s persona will generate skits and other comedy on broadcast TV and elsewhere in which mob themes will be used,” DiMino said.

“We have seen this movie before," he added. "The fallback for lazy comedy writers is if he’s Italian he needs to be portrayed as mobbed up. The fact that the news media has begun calling him ‘The Mooch,’ I believe, is a prelude to this.”