‘Those are public records, my dude’: Internet howls after Scaramucci accuses Priebus of leaking his disclosure forms 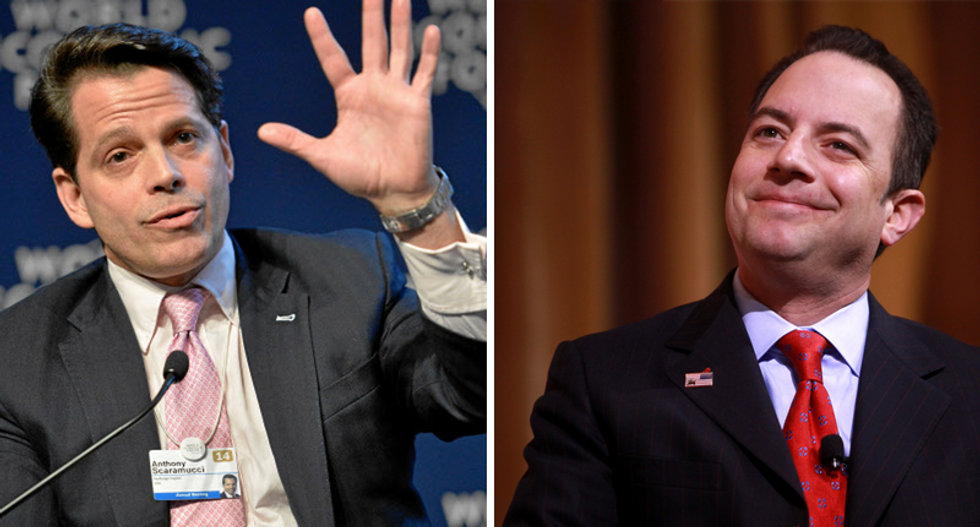 The tweet came after a Politico report revealed Scaramucci will still benefit from his hedge fund, SkyBridge Capital, while at the White House. Along with his accusation, Scaramucci vowed to have the FBI and DOJ (two entities his principal, Donald Trump, has repeatedly berated) investigate what he described as a "felonious" leak. Scaramucci tagged @Reince45 in the post, which generated ample confusion until the New Yorker’s Ryan Lizza clarified that the communications director did indeed mean he wants the FBI and DOJ to investigate Priebus over the matter.

In case there's any ambiguity in his tweet I can confirm that Scaramucci wants the FBI to investigate Reince for leaking.
— Ryan Lizza (@Ryan Lizza) 1501125652.0

The Department of Justice even chimed in, insisting it will look in to Scaramucci's request:

Financial disclosure forms are public documents, and are eventually made available online via the White House website. The absurdity did not go unnoticed by the Internet:

@BenHowe Only plausible interpretation, as leaking his disclosure form is absolutely not a felony.
— Kevin M. Kruse (@Kevin M. Kruse) 1501125185.0

In case there's any ambiguity in his tweet I can confirm that Scaramucci wants the FBI to investigate Reince for leaking.
— Ryan Lizza (@Ryan Lizza) 1501125652.0

.@Publici has disclosures in sortable searchable database here. Which we could do because they are public. https://t.co/BQ8Rvds3AL
— Carrie Levine (@Carrie Levine) 1501125640.0

It genuinely does suck to have your private information leaked, as dozens of DNC and Clinton campaign staffers can tell you.
— Chris Hayes (@Chris Hayes) 1501125304.0

And, of course, some people were just over it:

I JUST WANT ONE FUCKING DAY WHERE I AM NOT FORCED TO SPEND FORTY FIVE MINUTES THINKING ABOUT THE PRESIDENCY AND THE WHITE HOUSE
— Will McAvoy (@Will McAvoy) 1501127028.0