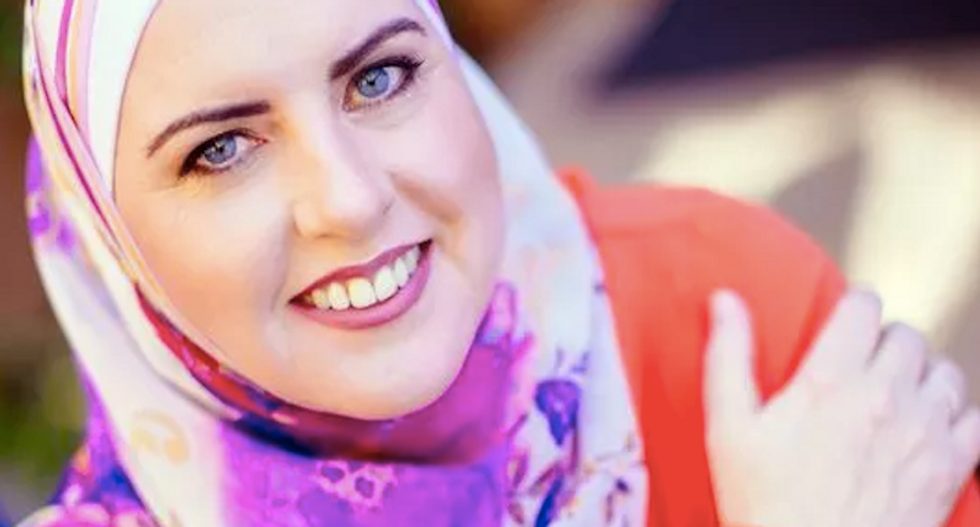 Deedra Abboud (Deedra for US Senate)

A Muslim attorney hoping to unseat Sen. Jeff Flake (R-AZ) has been deluged with threats after posting a patriotic message on her Facebook page.

Deedra Abboud, a Phoenix attorney who's running as a Democrat in the Senate race, has endured vitriol since announcing her campaign in the spring, but her recent post on religious tolerance prompted a wave of threatening messages, reported The Republic.

“Almost 250 years ago a group of dreamers came together and sketched out a revolutionary vision," Abboud posted. "No longer would they be shackled to the whims of a distant government, nor bound to the religion of an idiosyncratic king. They set out to forge their own futures, determine their own destinies, and follow their own faith. In their infinite wisdom, the Founding Fathers decreed that this nation would separate church and state, and in doing so protect both institutions. Government would be free from religious overreach, and religion would be free from government interference.”

Social media users attacked Abboud and made violent threats, some of which were printed in the newspaper.

“Nice try but your first love is Satan (AKA Allah) and your second love is to a litter box your ‘people’ come from," said S. Jason Parr. "You are as American as Chinese checkers.”

“I bet you’ll be a BLAST with constituents," wrote Tony Madden.

Flake, the Republican incumbent, tweeted out a message of support to Abboud and defended his constituents as good people.

"Hang in there @deedra2018," Flake tweeted. "Sorry you have to put up with this. Lots of wonderful people across AZ. You'll find them."

Abboud, a native of Little Rock, Arkansas, moved to Arizona and converted to Islam 19 years ago, and she opened the state's first office of the Council on American-Islamic Relations after 9/11.

Her spokeswoman said Abboud has been targeted by threats throughout her campaign.

“We make sure to have police escorts at our events because yes, we have received a lot of hate,” Jaclyn Freedman told the newspaper. “We had an event at the Pomegranate Cafe that the alt-right showed up at.”

Abboud has not yet returned an email request for comment.