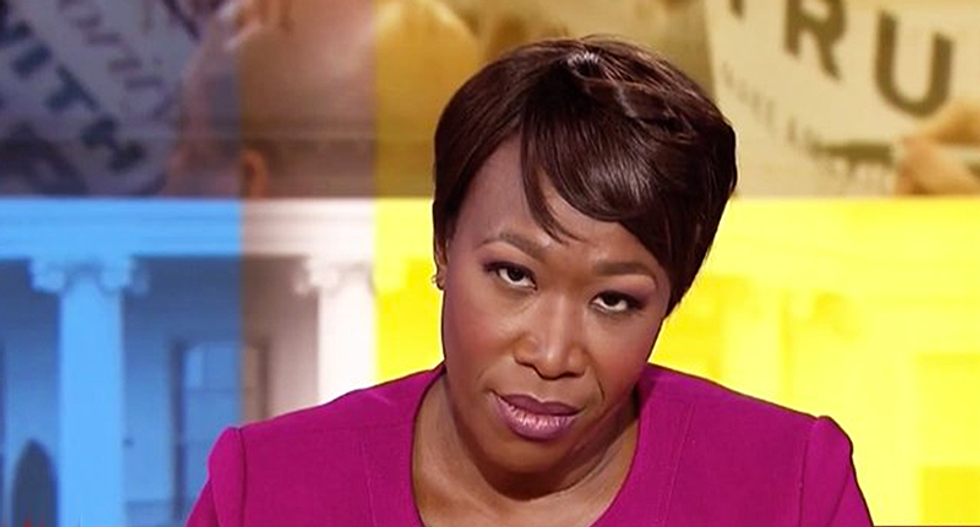 Former Harvard law professor Alan Dershowitz was accused of being a "race-baiter" on MSNBC on Saturday morning over his comments that the grand jury looking into allegations against President Donald Trump was too diverse to give the president a fair shake.

During a panel discussion on AM Joy, host Joy Reid brought up Dershowitz's comments on a New York radio station where he claimed, "The District of Columbia, which is always solidly Democratic and has an ethnic and racial composition that might be very unfavorable to the Trump Administration.”

"Trump's supporters are trying to back him up is by saying the compostion of this grand jury is unfair to Donald Trump," Ried began. "On Friday, on WABC, Alan Dershowitz told Rita Cosby the racial and ethnic makeup is stacked against Donald Trump because D.C. so many black people in it. That seems one of the more absurd arguments against the grand jury process."

"Alan Dershowitz was my criminal law professor but I'm here to teach, Professor Dershowitz you're just wrong on that issue. Period," Butler stated. "I've been before that grand jury many times and they take their job as objectively as any other group."

"You know, people can complain the grand jury process is unfair because the prosecutor controls it, but why complain in this case?" he continued. "Why not complain in literally hundreds of thousands of indictments that grand juries bring every year especially against people of color. We don't hear Trump and Sessions complaining about the process then, only when it applies to these rich white guys who are implicated in Russia-gate."

"I find Alan Dershowitz's comments about a grand jury very offensive," Painter remarked. "Black people could be just as fair to Donald Trump as white people. This race-baiting something unacceptable. I'm a graduate of the university that employs him and for him to be shooting his mouth off talking about the racial makeup of a grand jury it's offensive. It's offensive to our system of democracy and the United States."

"Of course he doesn't like grand juries because he spent most of his life defending very rich people who were very guilty going back to the von Bulow trial," Painter raged. "He doesn't like grand juries, but doesn't need to bring race into it. This race-baiting is something that is unacceptable and we should not be encouraging that and President Trump has been doing a lot of it, as are people working for him. I'm shocked to see a prominent law professor engage in the race-baiting."