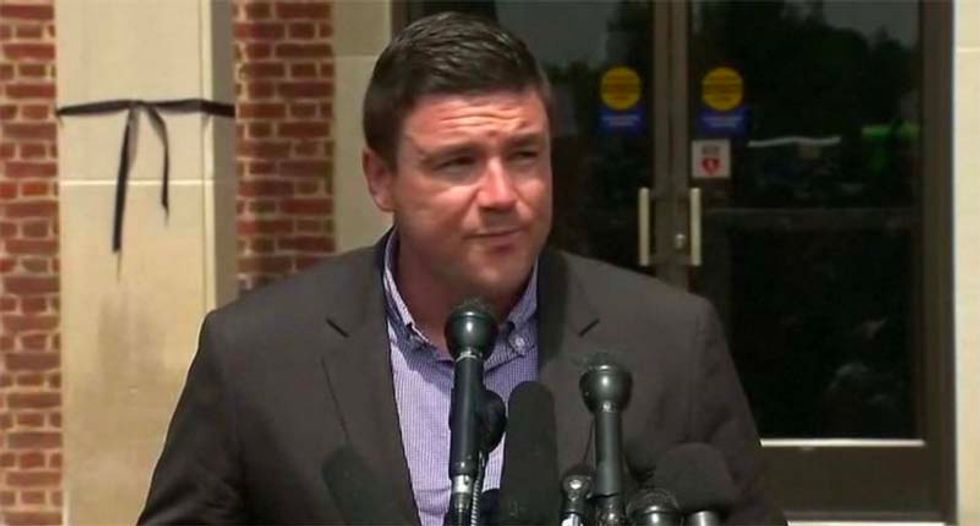 The organizer of the violent Charlottesville “Unite the Right” protest allegedly tweeted vicious insults aimed at Heather Heyer, who lost her life a week ago.

“Heather Heyer was a fat, disgusting Communist,” reads the now-deleted tweet from Kessler read. “Communists have killed 94 million. Looks like it was payback time.”

Heyer, a 32-year-old paralegal in Charlottesville, was protesting white supremacy when she was struck and killed by a car, which has been deemed a terrorist act by virtually everyone but President Donald Trump.

The tweet linked to a story on the neo-Nazi website "The Daily Stormer" which also insulted the victim.

Kessler was a writer for conservative website The Daily Caller.

Kessler told Fox News that he has gone into hiding after the intense public backlash to the white nationalist rally and violence.

Heyer's boss, Alfred Wilson, said she had spoken out specifically against Kessler.

“There have been times that I’ve walked back to her office and she had tears in her eyes” for injustices, Miller said.

Even neo-Nazi Richard Spencer thought Kessler’s “payback” tweet was over the line. Spencer captured the now deleted tweet and shared it on his feed.

I will no longer associate w/ Jason Kessler; no one should. Heyer's death was deeply saddening. "Payback" is a mora… https://t.co/hZNKp7dYXv
— Richard🎄Spencer (@Richard🎄Spencer) 1503117513.0