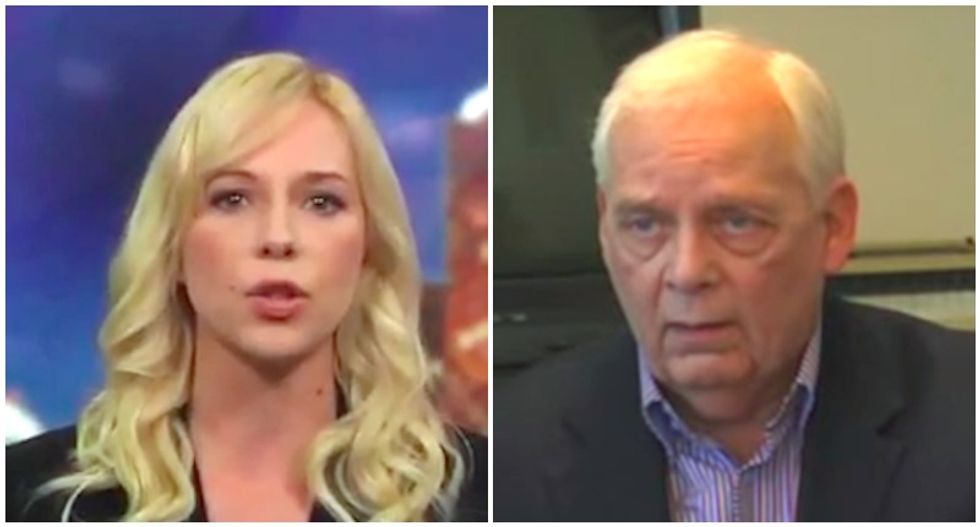 A top lieutenant to late Fox News boss Roger Ailes sexually harassed a former guest contributor for more than a year, according to a new lawsuit.

Caroline Heldman accused Fox News consultant Woody Fraser of attempting to initiate a sexual relationship with her at least three times and offered a paid job with the conservative news network if she would have sex with him, reported Mother Jones.

Heldman, an associate professor of politics at Occidental College, frequently appeared on Fox News beginning in 2008, and her lawsuit alleges that Fraser tried to set up an "arrangement" to have sex with her but she repeatedly rejected his advances.

She said her appearances on Fox News ended after she rebuffed Fraser, who Heldman said made clear her position was related to engaging in sex with him.

Heldman provided Mother Jones with email evidence showing Fraser's advances during 2010, when he complimented her looks and intelligence and lamented that she didn't "like older guys anymore."

Her declaration, signed under penalty of perjury, is part of a sexual harassment claim filed by two women executives at the Hallmark Channel against Fraser, whose production company works with their cable network.

Heldman, a liberal Democrat, frequently debated Fox News hosts on air, and she accepted the 82-year-old Fraser's advice for improving her appearances on the network -- but she said he eventually began making sexual overtures.

He dangled a job co-hosting a show with Eric Bolling, who she said called her "Dr. McHottie," and Heldman said Fraser made clear the opportunity was contingent upon engaging in sex with him.

Fraser, who went on to create "Good Morning America" and "Nightline," first hired Ailes, who died in May, in the 1960s to work on "The Mike Douglas Show."

Ailes resigned in July 2016 from Fox News after Gretchen Carlson filed a sexual harassment lawsuit against him, and more than a dozen women -- including Megyn Kelly -- accused him of harassment.

Fox host Bill O'Reilly was forced out in April, after reports revealed the network had paid $13 million to settle harassment claims against him.

Heldman said she also submitted an anonymous claims against O'Reilly in April, using the Fox News hotline, saying the host had made inappropriate comments about her looks during appearances on his show.

Ailes lieutenant Bill Shine was forced out as co-president of Fox News over the scandals, and he's reportedly in talks to join the White House communications team.

Heldman is not seeking a monetary settlement from Fox News, which has not responded to a request for comment.