Is the Trump administration hiring people of color to hold signs at his Phoenix rally? 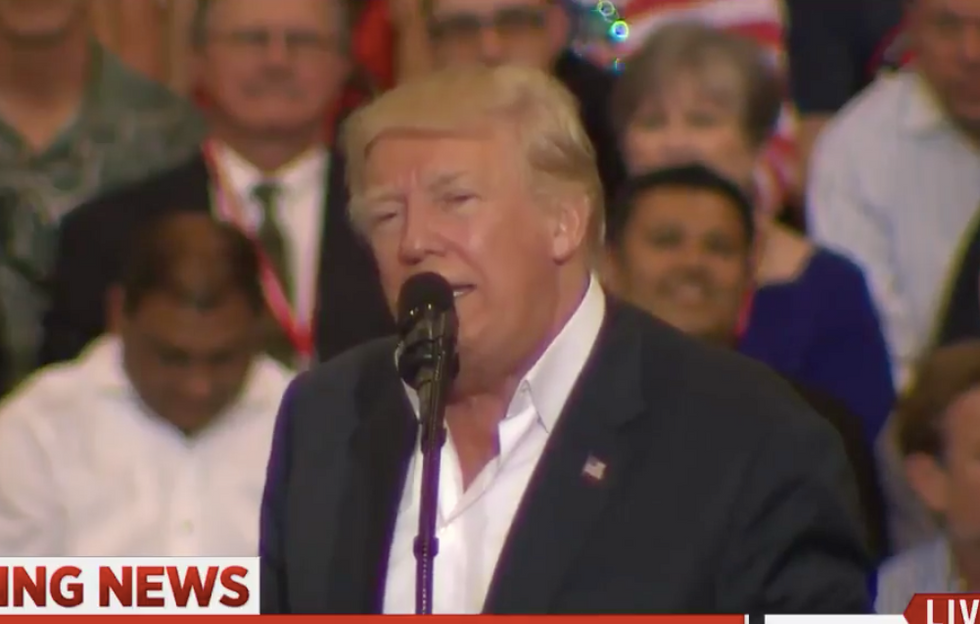 The web was abuzz on Sunday afternoon over classified ads reportedly recruiting "minorities" to "hold pro-Trump signs, cheer on command, and show diversity." 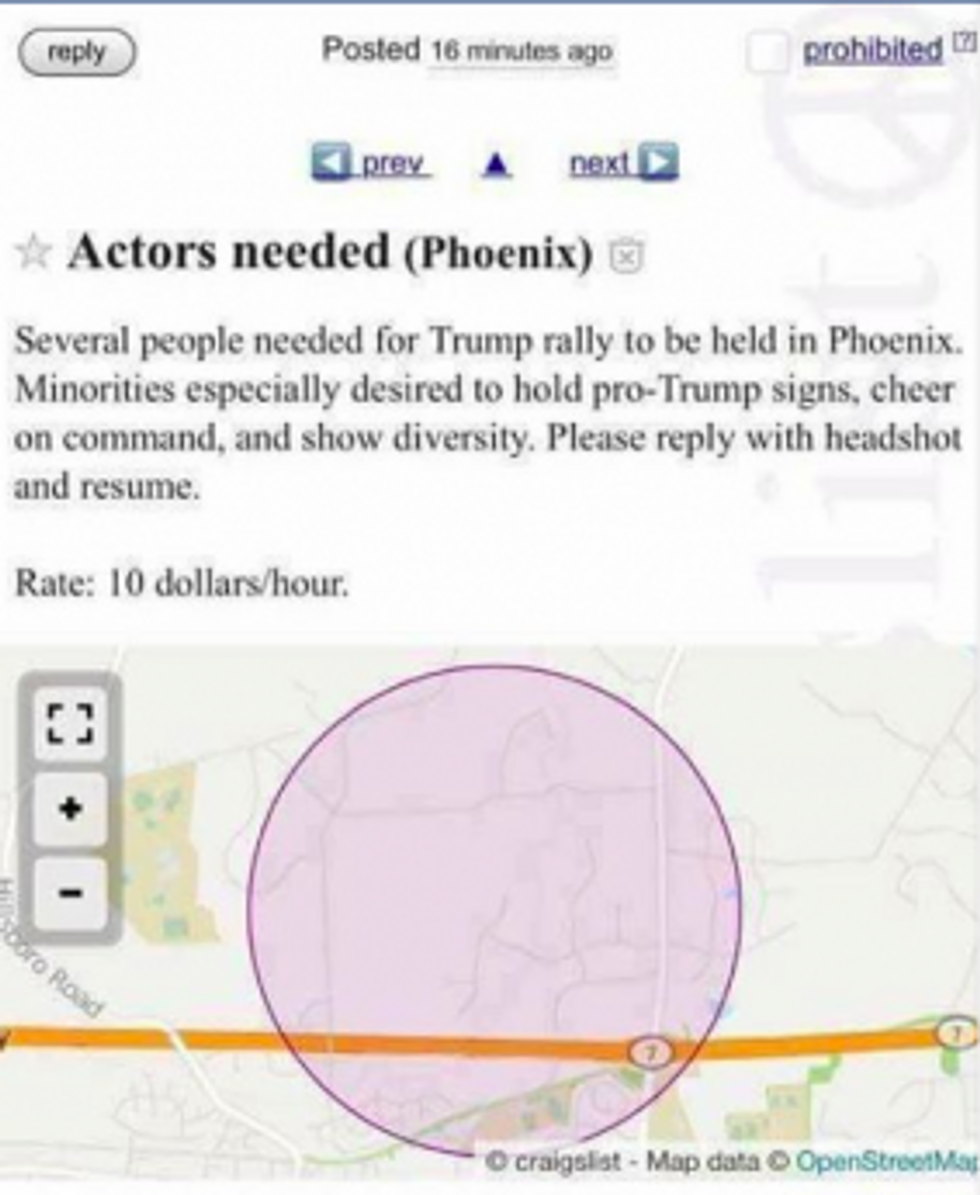 While Trump has paid actors to attend events before, it's equally likely that the ads are an internet prank or someone's attempt to create a disinformation campaign.

Another ad claimed to be recruiting "parents with school-aged children" to use as "crisis actors."

"Crisis actor" is a term used by right-wing conspiracy followers to denote actors hired as part of a "false flag" terrorist operation, in which the government purportedly hires people to pretend their children have died in a disaster or terrorist attack that didn't happen.

Right-wing conspiracy lore maintains that the aim of false flag attacks is to create fear and restrict civil liberties. The most notorious example of which would be the 9/11 "Truther" myth, which says that President George W. Bush's administration planned the terror attacks of Sep. 11, 2001 in order to ram through its conservative, surveillance state agenda.