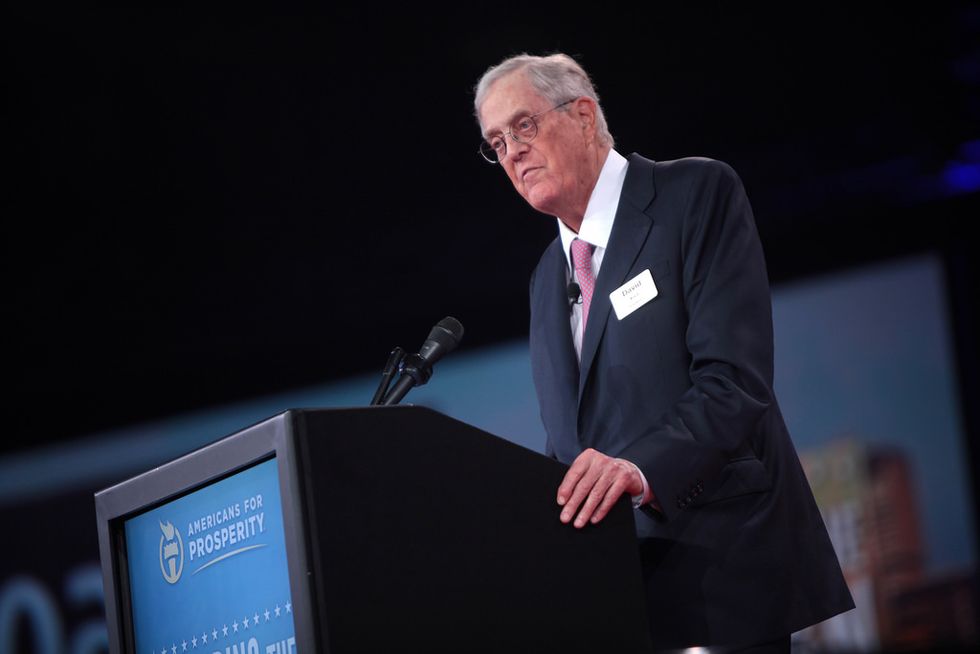 New documents reveal that the Houston chemical plant, whose post-Harvey burning could have been prevented, was successfully lobbied by American and foreign interests to remove regulations.

In an International Business Times investigation, reporters found that along with the plant itself, an oil company from Saudi Arabia joined forces with Koch Industries and ExxonMobil to lobby against chemical industry regulations.

The Arkema plant and its allies in the chemical industry, Congress and the foreign oil industry opposed safety regulations that would have "[simplified] covered processes in order to make accidental releases less likely or the impacts of such releases less severe" if they'd been implemented.

On Thursday, shortly after safety experts warned about imminent explosions caused by the plant's cooling system being flooded, two explosions occurred at Arkema. FEMA officials said the fumes from the explosion are "incredibly deadly."

The explosion resulted in the hospitalization of 15 sheriff's deputies who inhaled fumes from the resultant fire, the New York Daily News reports.