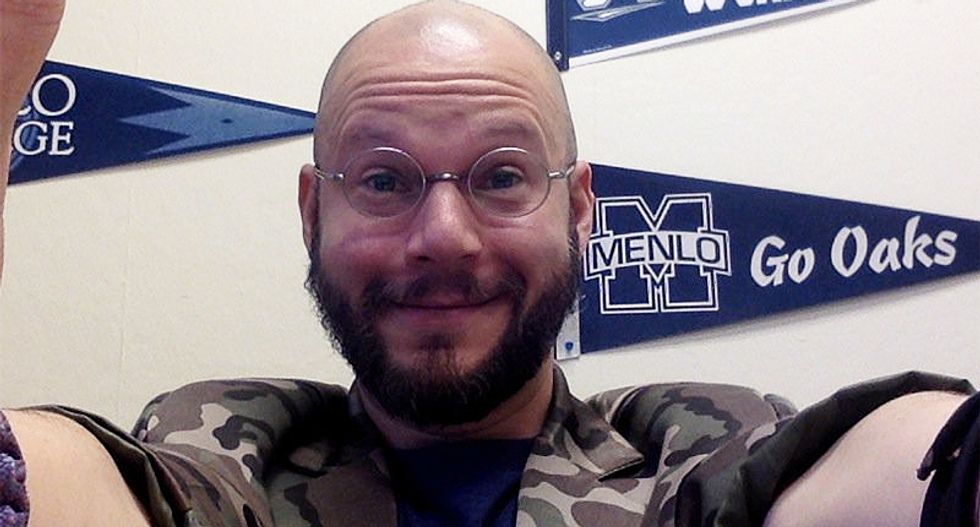 A math professor was part of a human rights envoy to Central America when he went to a pharmacy and discovered there was no birth control. The concept was so absurd to him that he decided people should make it themselves.

“I thought to myself, ‘This is a country where there are there are methamphetamine and ecstasy labs everywhere. Birth control isn’t that much more complicated,’” Dr. Mixael Laufer told Gizmodo in an interview. “‘Why aren’t these people just making their own birth control?’”

While Laufer works full time teaching math, his hobby is chemistry. Like something out of the show "Breaking Bad," he decided he could use his chops to help people. In 2015, he came together with hackers and scientists to found the Four Thieves Vinegar, dedicated to starting a DIY revolution for legal drugs.

“People should be able to take control of their own health choices,” he said. “If you work within an external regulatory structure, you have no choice. It is a black box you cannot audit."

He brought up the epinephrine (EpiPen) auto-injectors by Mylan Pharmaceuticals, which significantly increased the price arbitrarily. The backlash was swift, the price eventually came down and congressional hearings were called. In the meantime, the internet exploded with ways for people to build their own homemade EpiPen. There are many other examples.

When "pharma bro" Martin Shkreli jacked up the price of an HIV/AIDS medication from $13 to $750, Laufer got to work. He recently uploaded instructions on how to make Daraprin at home for significantly less. In another case it was the insurer that was was preventing life-saving cures. United HealthCare was called out Wednesday for denying coverage of HIV/AIDS medication to a man because he is gay.

This is part of the reason Laufer thinks capitalism is the larger villain to access to medicine. He ultimately wants to design a kind of "easy bake oven" for making standard pharmaceuticals at home.

“This stuff should be no more difficult than Ikea furniture to put together,” he said of the project that is still in its early stages. “There is a list of parts to order, and then you just have to 3D-print this one part. You can just upload the design and order that part online.”

He hopes to develop a list of things to purchase to build a kind of "home chemistry kit" for everyday people to use for legal drug-making.

The FDA is having a mini-meltdown at the idea.

“Using unapproved prescription drugs for personal use is a potentially dangerous practice,” an FDA spokesperson told Gizmodo. “Neither the FDA nor the American public have any assurance that unapproved products are effective, safe or produced under current good manufacturing practices.‎ Unapproved drugs may be contaminated, sub-potent, super-potent or counterfeit.”

The FDA has drawn fire recently for their approval of drugs that had safety problems. In fact, one in three drugs approved by the FDA were considered hazardous. In 2015, they were criticized for essentially approving everything, regardless of the dangers of the drugs. Researchers also found recently that medication that had already reached the FDA's expiration date could still work despite being considered "old" by the agency.

Jeremiah Johnson, who takes part in an MIT research group, cautioned that it would be easy to end up making the wrong drug or dosing it incorrectly.

“It would not be a good idea to DIY pharmaceuticals,” he told Gizmodo. “There is no way that I can see to make this process recommended," Johnson told Gizmodo.

Still, Laufer said that he's made his own aspirin and survived after taking it.

“People who think this is unsafe should think about it for more than two seconds,” he said. “If someone is dying of a chronic disease, there’s already not much worse they can get.”

“But when someone doesn’t have access to an essential medicine, what’s left in terms of their options?" he asked.