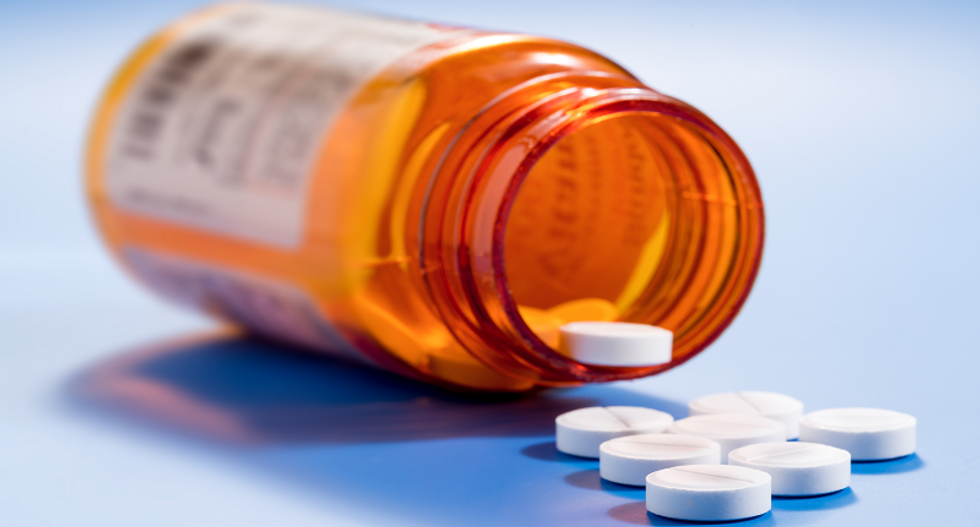 An insurer denied HIV medication to a gay man for allegedly "engaging in high-risk homosexual behavior."

A letter from United HealthCare posted in a Facebook group for HIV awareness showed the insurer declined to pay for the man's prescription for Truvada, which treats and reduces the risk of HIV infection and would cost up to $1,500 a month out of pocket.

"This decision is based on health plan criteria for Truvada," the letter reads. "The information sent in shows you are using this medicine for engaging in High risk homosexual behavior."

The insurer tells the man his plan covers Truvada only if used to treat HIV infection, reduce the risk from possible HIV exposure or potential HIV exposure for certain high-risk patients - but the man was told he didn't fit any of those criteria.

"This was a malicious attempt to discourage PrEP (pre-exposure prophylaxis) uptake by people who need it most," said Johnson, of the Treatment Action Group.

PrEP intervention, usually available as the oral medication Truvada, is manufactured by Gilead Sciences, Inc., which says the drug is among the most expensive they make.

Johnson said the man's doctor appealed the coverage denial, and United HealthCare ultimately paid for the drugs -- but he said the episode highlighted significant barriers to treatment.

Truvada must be ordered online and delivered by mail, which Johnson said was problematic for anyone trying to safeguard their privacy, and requires an intricate report filed four times a year by their physicians.

"This is an enormous barrier for some people," he said.

United HealthCare issued an apology Thursday afternoon, saying the letter should not have been worded as it was.

“We apologize for the insensitive language appearing in the letter and regret any difficulty it caused," United HealthCare said in a statement. "We have corrected our letters, removed the prior authorization requirement for Truvada and members can fill their prescription at the network pharmacy of their choice."

The PrEP intervention is used by up to 100,000 patients in the U.S., and can reduce the risk of HIV infection by 99 percent.

An HIV activist group sent a letter to the New York health commissioner about the matter, and included a petition to sign on. 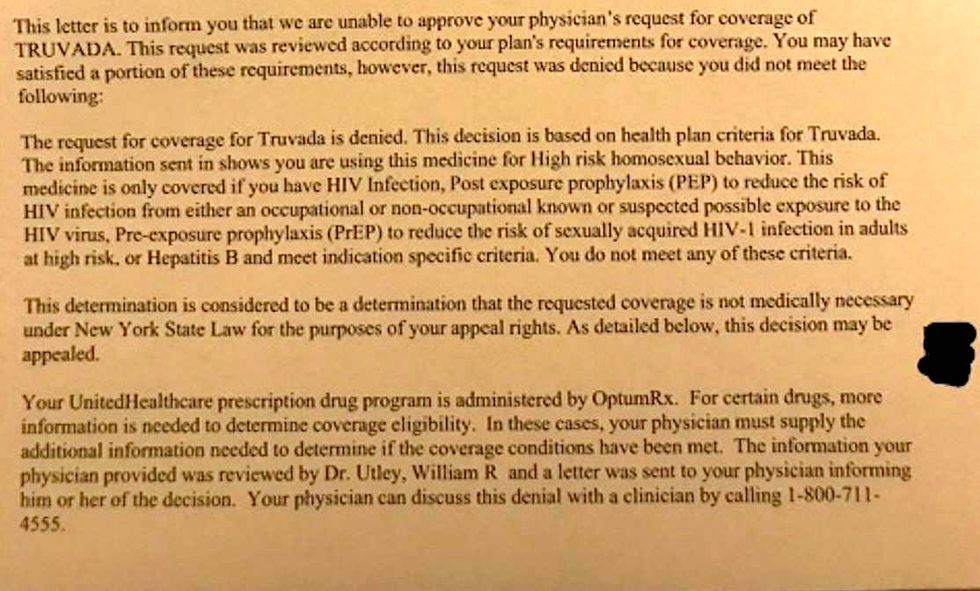