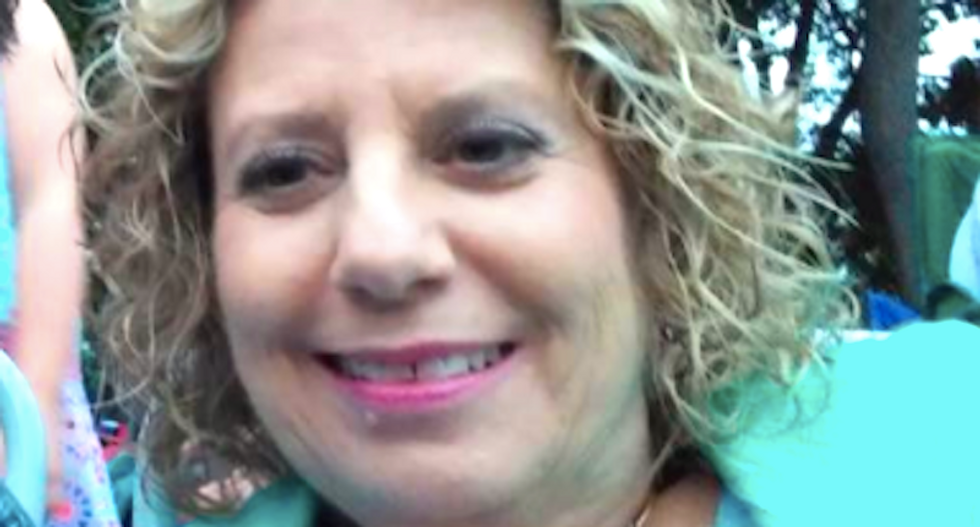 A legislative aide to a New York Democrat suggested a Hillary Clinton supporter posing as a neo-Nazi killed a protester during a white supremacist rally in Virginia.

An Ohio man, 20-year-old James Fields Jr., has been charged in the 32-year-old Heyer's death and with injuring 19 other protesters at the Aug. 13 rally.

One of his former teachers said Fields was "infatuated" with Nazi Germany and held plainly racist viewpoints, but some right-wing websites have tried to cast blame elsewhere.

Eliana Meirowitz Nelson, of Brooklyn, said Felder's director of operations, Darlene Leder, told her she'd heard the Charlottesville violence was concocted by the city's mayor and police department and sent the woman a link to the right-wing News Punch website.

“When I read the article I was totally shocked," Nelson said. "It was so much further off the deep end than I’d even guessed."

The report claims media outlets were "actively suppressing information that proves Fields is actually a left-wing operative at the heart of a false flag designed to spark civil war, introduce martial law and take away the rights of conservative groups to assemble peacefully."

Felder remains a Democrat but caucuses with Republicans, and his district is one of the few in Brooklyn that backed President Donald Trump in the election.

Nelson and some of his other constituents wonder why Felder, an Orthodox Jew, has not condemned Trump's equivocation on neo-Nazis and white supremacists after the Charlottesville violence.

“While [Leder] was very friendly, when I asked her why Felder hadn’t said anything against Nazis and white supremacists, she said she didn’t understand why it was necessary," Nelson told Kings County Politics.

She said the exchange prompted Leder to send her a link to the conspiracy theory, which is rooted in anti-Semitic claims against Soros, and Felder said he would discuss the incident with his aide.

“I don’t agree with her email and I don’t know why anyone would send anything from such a crazy website," Felder said. "I will discuss my dissatisfaction with her shortly. I, as well as any decent human being, deplore any form of racism, nazism, anti-Semitism and white supremacists. I was also upset by some of Trump’s comments, but I don’t think he should be impeached.”

Leder's frequently posts pro-Trump content and alarmist articles on her personal Facebook page that are quickly debunked by other social media users, who often urge her to seek mental health care.