'Sing like a bird': MSNBC panel says Manafort's wisest move now is to rat out Trump 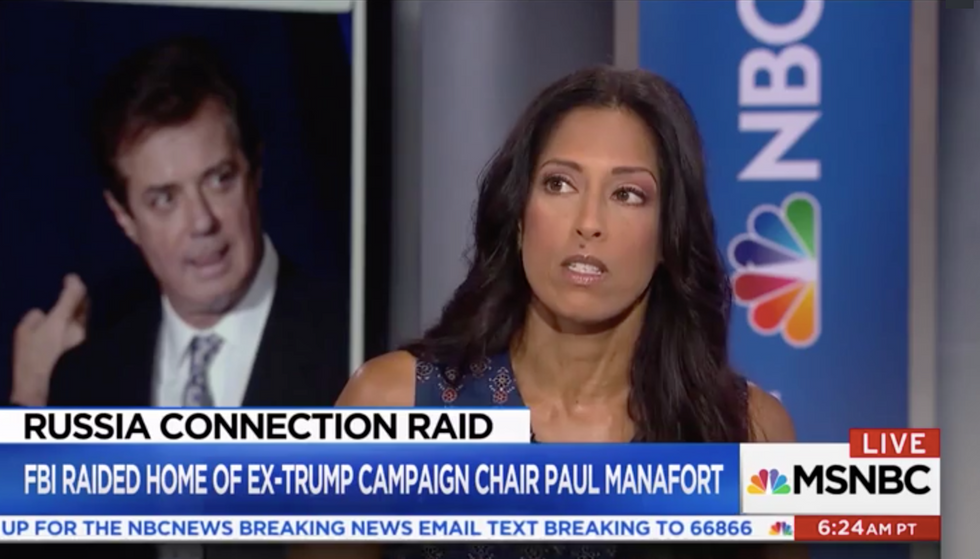 On Thursday morning, a panel hosted by MSNBC's Stephanie Ruhle urged President Donald Trump's former campaign chairman Paul Manafort to throw the president under the bus and "sing like a bird" to federal investigators after a pre-dawn raid on Manafort's home in late July.

Former New York City Council Speaker Christine Quinn raised the idea that Manafort should start looking to save himself from legal jeopardy rather than protecting the president and his family.

"If you were advising Paul Manafort, what would you tell him?" Ruhle asked.

"I would tell him to cooperate," said MSNBC contributor Elise Jordan.

"In the federal cases that I've had, that's really the first point: cooperate, save yourself," Jordan said. "When the feds have got you, they've got you, You're just...botched in."