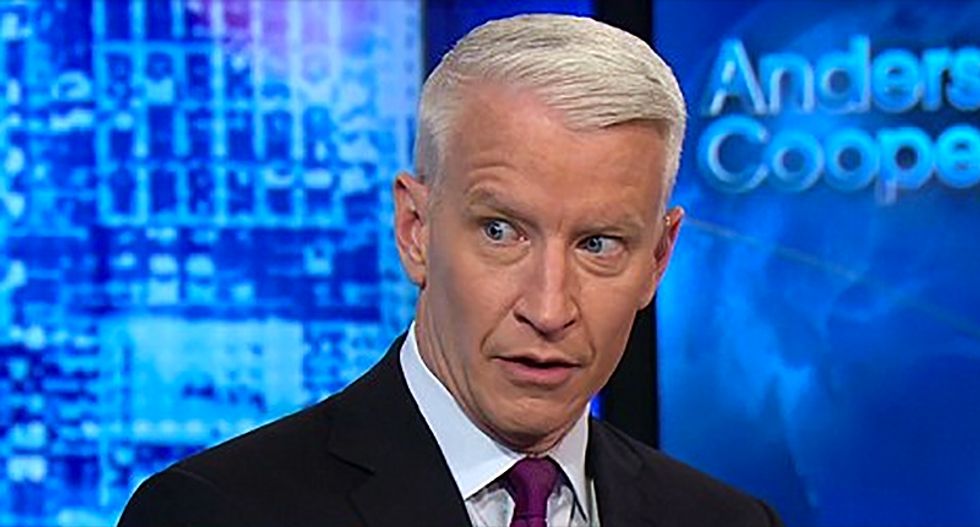 When a guest on Anderson Cooper 360 tried to dismiss the neo-Nazis and klansmen at Saturday's "Unite the Right" rally as a few bad apples, both the host and other guests were not having it.

"Today he's saying that the people who were rallying around the Robert E. Lee statue on Friday night, with tiki torches of all things, chanting 'Jews will not replace us' and 'blood and soil,' calling the small group of counterprotesters who were there, calling them faggots -- how do you defend that?" Cooper asked former George W. Bush staffer and current President Donald Trump supporter Paris Dennard.  "How do you defend the president for what he said today? Those people -- he was saying that they were just quietly protesting the statue."

"There were people on the other side chanting 'Black Lives Matter,'" Dennard began, attempting to claim that not all the people present at the rally were violent white supremacists.

In a bizarre inverse of Trump's claim of record-breaking crowds at his inauguration, Dennard continued his line of pursuit by claiming the majority of the crowds in Charlottesville weren't violent bigots.

"What you're saying literally makes no sense," Cooper retorted. "I'm not characterizing the Black Lives Matter people as neo-Nazis -- there was a small group of them, of mostly UVA students and their supporters, around the statue when the neo-Nazis arrived. It's the people with tiki torches that the president is talking about as just being quiet, good people there just to protest the [removal of the] statue. They're freaking chanting 'Jews will not replace us' on the streets of America."

Even Dennards fellow guests took issue with his line of reasoning.

"The event said it was a pro-white demonstration," CNN analyst Kirsten Powers said. "That's what those people were there to do. Why are you acting like it's just a few random bad apples?"

"Your initial reaction, Paris, was to come out and find a talking point spin on this," Setmayer said.

Watch Cooper and his guests call out a Trump shill for attempting to make a "not all white supremacists" argument below, via CNN.

A Secret Service document has quantified the size of the crowd that took part in the Jan. 6 attack on the U.S. Capitol.

The document was provided in response to a Freedom of Information Act request and then shared by author Jon Ward on Twitter.