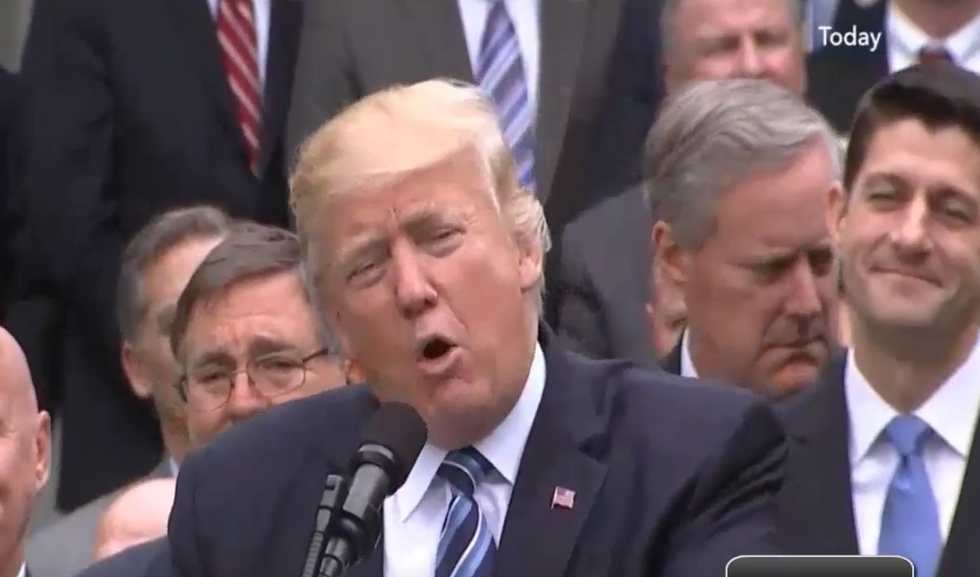 President Donald Trump's wrath and itchy Twitter finger may have once inspired fear in the GOP Congress, but as Special Counsel Robert Mueller's investigation closes in on the White House, Republicans fear the president less and are actually starting to ignore him, wrote Vanity Fair's Abigail Tracy on Friday.

News broke on Thursday that Mueller has impaneled a grand jury in Washington to hear evidence in the case against Trump regarding Russian interference in the 2016 election and Trump's attempts after taking office to defang investigations into his connections to Russia.

After a brief moment of jubilation when the House of Representatives passed a bill designed to "repeal and replace Obamacare" -- only to watch it die an ignominious death in the Senate -- the relationship between Trump and Republicans has cooled. Where once they feared alienating the former reality TV game show host, they are now working in concert with Democrats to prevent him from sabotaging the Mueller probe.

“The Mueller situation really gave rise to our thinking about how we can address this, address the current situation,” said Sen. Thom Tillis (R-NC) to the Washington Post regarding his decision to work with Sen. Chris Coons (D-CT) to introduce a bipartisan bill this week. The legislation is designed to place legal hurdles in the path of the Trump administration should it move to eliminate Mueller's investigation or fire him as its director.

"Republicans used to be afraid of Trump. Now, they’re mostly ignoring him," wrote Tracy. "The administration’s ham-handed attempts to coerce Senators Dean Heller and Lisa Murkowski to vote 'yes' on Obamacare repeal were met with sharp criticism from Republican lawmakers. And Trump’s threats in the aftermath of the failed health-care vote last week fell on deaf ears."

She quoted Sen. Bob Corker (R-TN), who was blasé about the president's threats to cut his healthcare and to stop Obamacare reimbursement payments to insurance companies.

"If that’s what he wants to do, he ought to just do it,” said Corker to Politico. “[As] probably he’s learned over the last couple of weeks, threats don’t really go over particularly well. My advice would be to either do it or don’t do it.”