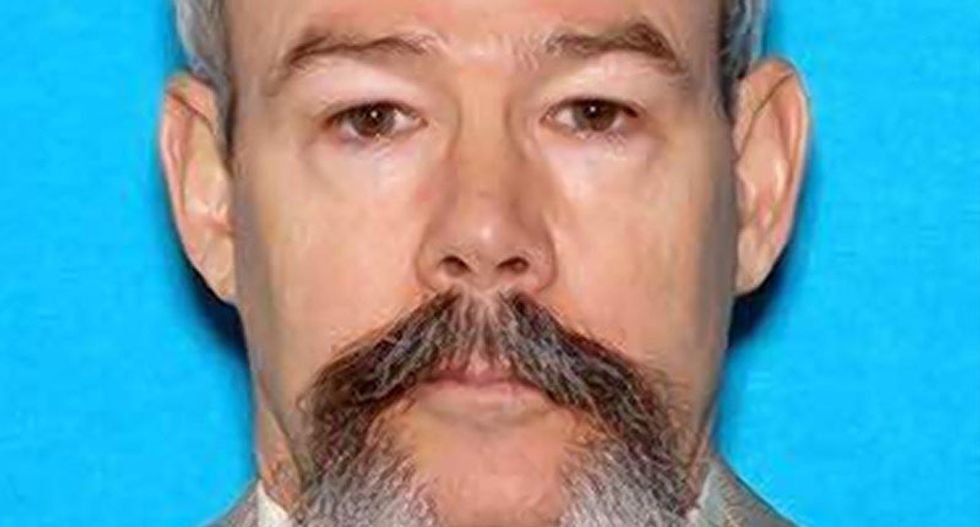 Drivers on Oregon's Interstate 5 were shocked over the weekend to see anti-Semitic banners being displayed on overpasses -- and now local media has figured out who is responsible.

According to OregonLive, neo-Nazi Jimmy Marr is the man behind the banners that read "UNJEW HUMANITY," "Eclipse Whitey," and "Jewish Financing Available." On Sunday he tweeted images of two more banners -- reading "Bolshevik Jews perpetrated the Holodomor" and "Resist Racial Eclipse."

Marr is known for promoting the white genocide conspiracy theory, the belief that multiculturalism is a secret Jewish plot to wipe out the white race.

Many California tourists are traveling up Interstate 5 to get a better view of Monday's solar eclipse.

Beth and Michael Dershowitz of Sacramento were driving with their children Saturday when the saw the banners.

"I cannot believe that we still have to face this vicious anti-semitism in such a public place in 2017," Beth Dershowitz told Willamette Week. "My husband wanted to confront the men behind this, but I was afraid for our children in the car with us. Just another day in Trump's America."

Marr previously made headlines last year for his truck, which he covered in pro-Trump slogans and racist messages. He was also arrested for disrupting a rally against hate.

Marr did not respond OregonLive's requests for comments, but the publication notes that his voicemail message says, "Leave us a message after the tone. Tell us what you're doing to fight white genocide."

Oregon Governor Kate Brown denounced Marr's banners on Saturday, saying "hateful rhetoric like this has no place in our" state.