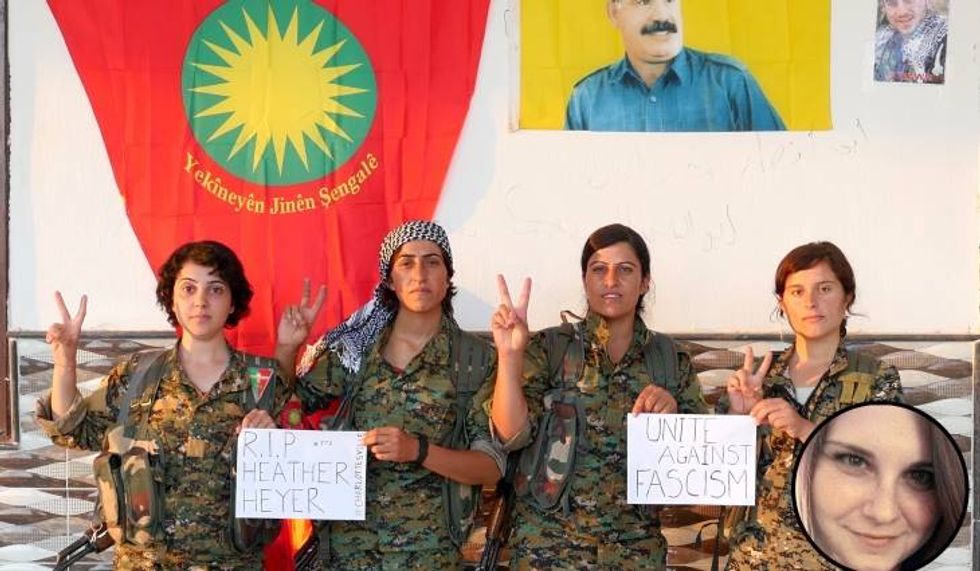 The female members of the anti-ISIS YPG militia in Syria were already badass enough -- but their response to the killing of Heather Heyer by neo-Nazi James Fields, Jr. solidified their status.

"As women who have suffered at the hands of Daesh [ISIS] we know well the dangers that fascist, racist, patriarchal and nationalist groups and organizations pose," read a statement from female fighters from the Yazidi religious minority. "Once again men of this mind-set, this time in America, have martyred a woman, Heather Heyer, who was resisting against the division and destruction of communities."

Like the Kurdish militias they fight with, Yazidi women are targeted specifically for their difference by ISIS. Their stories of sex slavery are brutal -- and makes their solidarity with Heyer and the counterprotesters in Charlottesville all the more poignant.

"We believe that Heather Heyer’s struggle is our struggle and that the fight against fascism is a global battle," the Yazidi women's statement continued. "For this reason, we are calling on women around the world to unite against fascism and put an end to terrorist groups like Daesh and those made from the same cloth that kill women like Heather.”