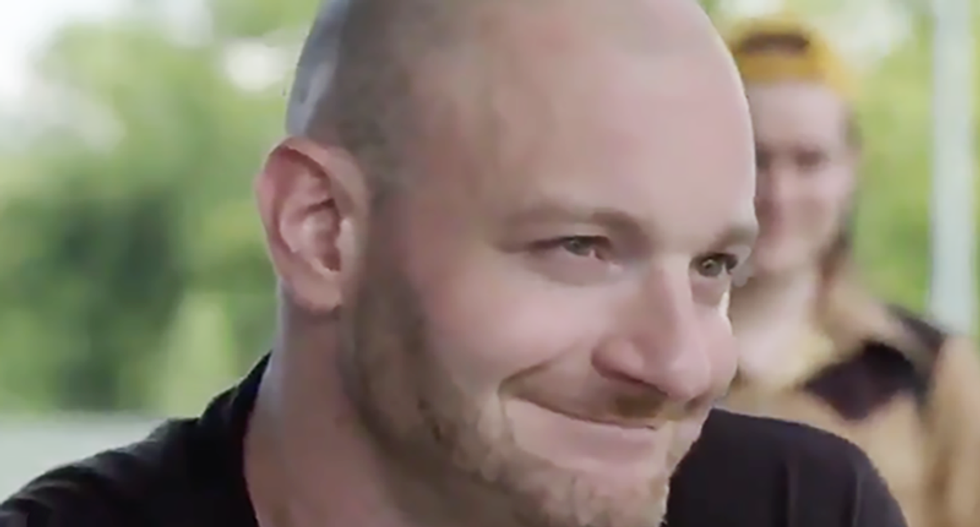 The Virginia Commonwealth’s Attorney’s Office of Albemarle County has issued four warrants for Christopher Cantwell, the weepy men’s-right-activist-turned-neo-Nazi who was prominently featured in a Vice documentary about the white supremacist rallies Charlottesville earlier this month.

In addition to losing his ability to find love on OK Cupid, Cantwell now faces four felony warrants related to the “illegal use of gases, and injury by caustic agent or explosive,” the Boston Globe reports.

Cantwell told the Globe he believes the warrants are related to an image where he’s “pepper-spraying a guy straight in his face as he’s coming toward me.”

“I thought that spraying that guy was the least damaging thing I could do,” Cantwell said. “In my left hand I had a flashlight. My other option, other than the pepper spray, was to break this guy’s teeth. Okay? And I didn’t want to do that. I just wanted him to not hurt me.”

In a video posted last Wednesday, Cantwell explained he’d been told there’s warrant out for his arrest. Choking back tears, Cantwell said he was “terrified” about the prospect of arrest.

in subsequent interviews, Cantwell appeared more composed about his imminent arrest, promising to turn himself in if necessary.

“I don’t think I did anything wrong, and I’m looking forward to my day in court,” Cantwell said Friday.