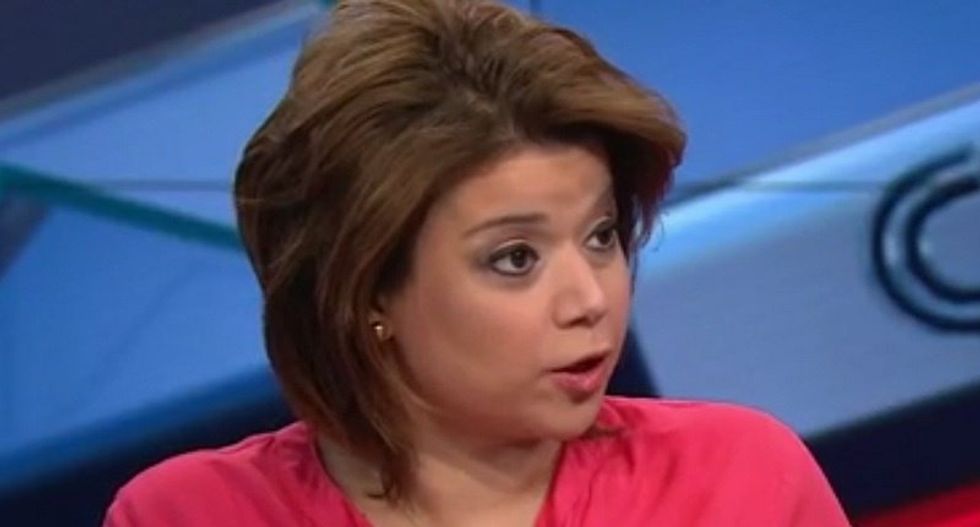 CNN regular Ana Navarro blistered a supporter of Donald Trump after he smirked his way through an answer defending the president for retweeting  a video of himself hitting a golf ball at Hillary Clinton.

Sunday morning, the president went on a Twitter binge that included an animated gif of himself hitting a golf drive that cut to another clip that made it appear it hit Hillary Clinton in the back and knocked her down.

"The president speaks directly to the folks," Urban offered.

"I won't judge what's appropriate and inappropriate. Retweets do not equal endorsement, I think it says that on the bottom," he continued before smirking at the camera.

His response did not sit well with Navarro, who let him have it after he also stated that Trump is "not obsessed with Hillary Clinton."

"This is the part that drives me crazy," Navarro began as a very uncomfortable former Sen. Rick Santorum (R) sat next to her.

"When decent people, decent Republicans who I know would judge Democrats differently give and normalize what Donald Trump is doing," she continued. "We cannot normalize this kind of behavior from the president of the United States, he is still an example."

Turning to Urban she scolded him, saying, "If your six-year-old son did this he would be punished and so this 71-year-old should not be accepted. He is being a jerk and he's not being a president."