Arizona Democrat: Trump has 'been petty his whole life' and will stay that way 'until he dies' 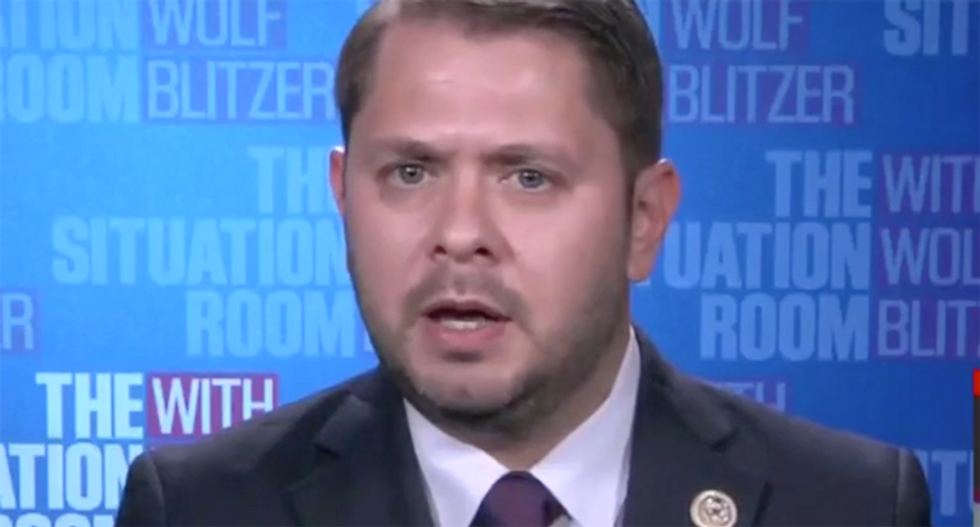 U.S. Rep. Ruben Gallego (D-AZ) excoriated President Donald Trump in a radio interview on Saturday, saying Trump is "not really the commander-in-chief," but rather a "petty 70-year-old man" who will be "petty until he dies."

Gallego was speaking with comedian and commentator Dean Obeidallah on his Friday SiriusXM show when he made the remarks.

"The president is not really the commander-in-chief," he said, "he doesn't think about the country. He thinks about himself first."

The investigation into Russian meddling in the 2016 election, Gallego said, feels to Trump like an attack on him and his legitimacy as president.

"Donald Trump is not presidential," he said. "He does not act like a commander-in-chief, nor will he ever act like the commander-in-chief. He's a 71-year-old man who's been petty his whole life and he's going to be petty for the rest of his life until he dies."

Listen to the remarks, embedded below: