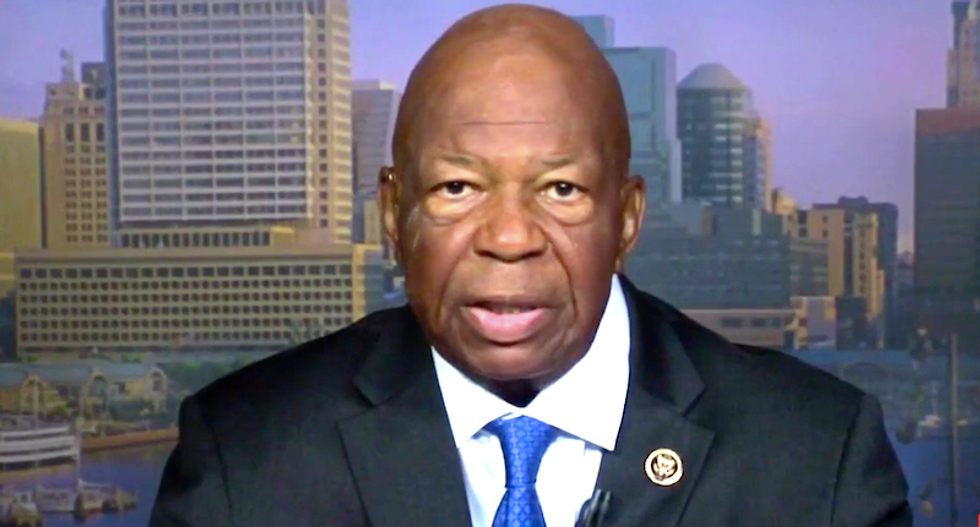 The Maryland Democrat compared Trump's treatment of McCain, a Vietnam War hero who lost five years of his life as a prisoner of war and now battling brain cancer, with his insistence that NFL players stand for the National Anthem.

"A man who gave his blood, sweat and tears, and lying now in the eve of his life," Cummings said. "And yet still we have a president who goes around beating him up. That, to me, is unconscionable."

"People want to raise concerns about patriotism and honoring the flag, how about (a man) who basically laid over five years, confined, as a prisoner of war, beaten, tortured," Cummings continued. "The president said that he has no, basically no respect for a soldier who gets caught. Come on, now -- we're better than that."