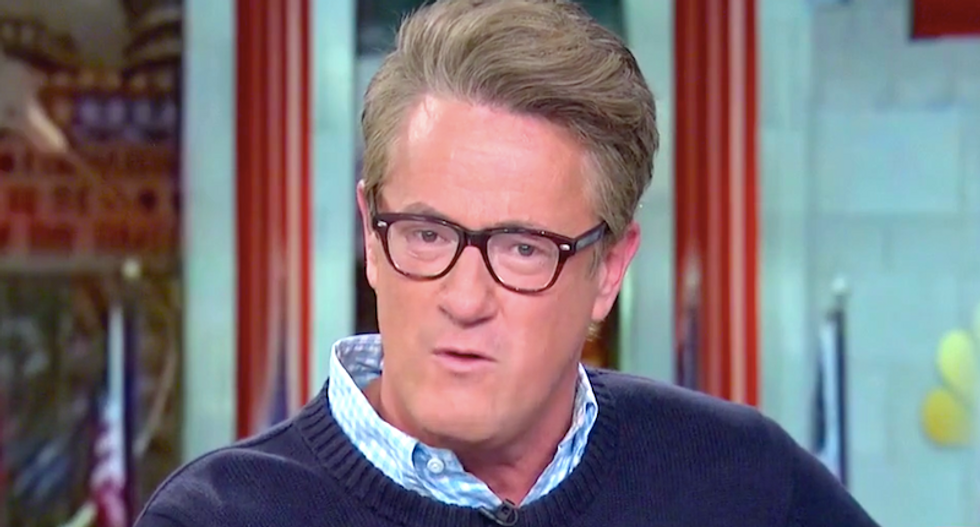 The "Morning Joe" host, who graduated from the University of Alabama, was disgusted by Trump's personal attacks on the Arizona Republican -- a Vietnam War hero who is battling brain cancer -- for voting against repealing the Affordable Care Act.

"No humanity," Scarborough said. "You have a man who is dying and you are using him for political punch lines on talk radio, and also audiences in Alabama?"

Scarborough blamed the Trump supporters who jeered McCain's name right on cue, when the president attacked his perceived disloyalty.

"By the way, for people watching at home, if McCain is getting attacked and he's fighting for his life, unless you were raised in a barn, keep your mouths shut," he said. All right? Show a little respect, show a little dignitary, show a little class."

Scarborough has previously criticized Trump supporters in Arizona for booing their longtime senator at the president's urging -- but he unloaded on his fellow southerners for disrespecting McCain.

Scarborough compared McCain's service record as a U.S. Navy pilot who spent more than five years as a prisoner of war to Trump, who received four college deferments and one medical deferment to avoid serving during Vietnam.

"(He) has served this country in uniform, who is a prisoner of war, who was actually told, you know what, you can be released from prison because your father is really powerful, he's a powerful man, just walk out of the prison, go home, you can be reunited with your family, we'll stop beating you, stop putting scars on your back," Scarborough said. "Go home, you will be freed, and John McCain said, for those of you booing John McCain right now and are too ignorant to read a book, John McCain said, no, I'm not going to go home, tell all my men to go home with me."

He didn't expect Alabama voters to display the exemplary character of the senator they insulted, but he asked them to have enough respect for themselves to show respect for a war hero.

"Someone has failed you in your life, and you need to examine that," Scarborough said. "If you still go to church, you need to pray for yourself this Sunday morning in church, and then when you get your head screwed on right and you start putting humanity ahead of politics, against the stupidity (and) tribalism that's destroying this country, then go home and tell your children the story of John McCain."