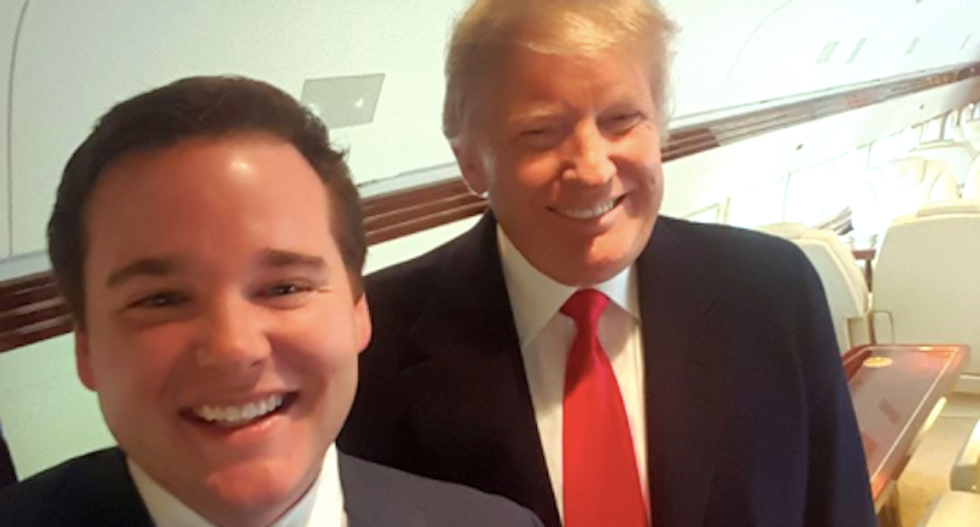 A former staffer for Oklahoma Gov. Mary Fallin may have tried to destroy evidence on his cell phone after a woman accused him of taking "upskirt" photos of her during a state budget meeting.

Travis Brauer resigned from his state government position in July, after the woman reported that the aide had placed his phone on the floor underneath her May 23 during a late-night legislative meeting, reported KFOR-TV.

Oklahoma Highway Patrol confirmed last month that the 29-year-old Brauer was under investigation, and the agency released a 256-page report on the case this week.

A forensic analysis of Brauer's computer showed he posted photos of himself and two women drinking beer and flipping off the camera in the hours ahead of the budget meeting.

"F*ck the house," he and Miller captioned one photo, posted on Snapchat, of themselves making obscene gestures before the Chambers.

The TV station reviewed video recorded at the meeting that showed Brauer sitting on the floor next to his accuser, who is standing up, and several witnesses told investigators they saw a phone lying on the ground near both of them.

Another woman told the accuser, who is a community organizer and broadcast the meeting live on Facebook, that Brauer may have taken lewd photos or video of her as he sat on the floor giggling with Dean.

The second woman confronted Brauer, who identified himself as "Henry," and she said Dean shoved her out of the conference room, reported NonDoc.

Investigators reported that Brauer was shown surveillance video of the incident the following day, and computer records show three hours later he searched for the accuser several times on Facebook.

He then searched the internet multiple times over the next two days for methods to recover or "completely wipe" data on Android phones, records show.

A state trooper asked Brauer on May 26 to turn over his phone, which he agreed to do after returning from a weekend trip to a lake.

Brauer told state troopers on May 30 that he had lost the phone after leaving for the trip, and a forensic search of his computer showed a one-hour gap in phone activity on May 23 -- with photos taken shortly before and shortly after the budget meeting.

"I don’t think I took a picture of her," Brauer told investigators, according to the report. "(But) if he were to do something like that, it would have been to make fun of (her) like he did the protesters the night before."

Brauer, who was celebrating his birthday on May 23, told investigators he was probably intoxicated during the legislative meeting after drinking beer and "a couple whiskeys."

Three witnesses told highway patrol officers they believed the woman's claims were a setup because Brauer had applied to work as a staffer for the White House.

Brauer has not yet been charged in the case.