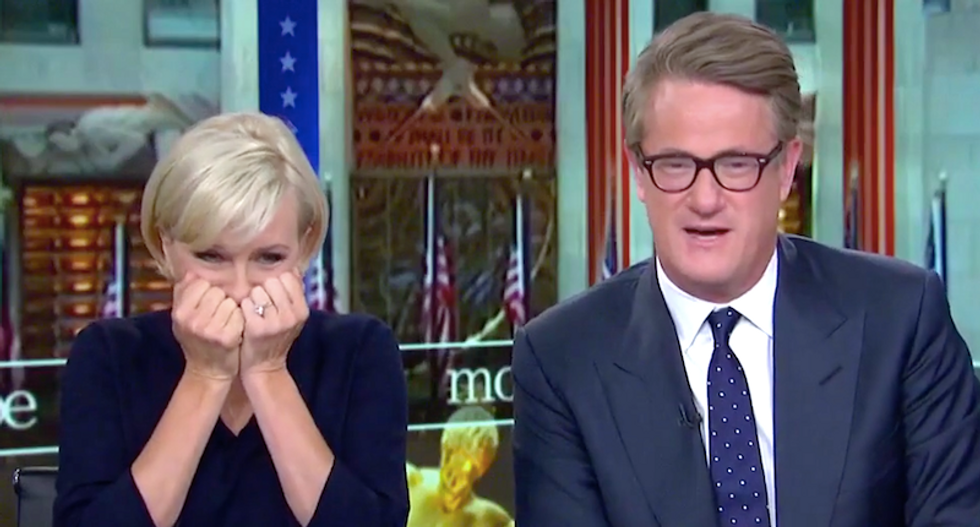 MSNBC's Joe Scarborough said the public clash of President Donald Trump's attorneys in the Russia probe was a bad sign for their client.

Attorneys Ty Cobb and John Dowd aired their grievances with White House counsel Donald McGahn and discussed other legal matters at a Washington steakhouse, where they were overheard by a reporter at the next table.

"Again, the lack of discipline," Scarborough said. "I want to say the lack of any attorney that's practiced law for more than a week knows the lack of discipline shown by this group is staggering. I don't know any other client that, in similar circumstances, they had something like this happen, they would fire these attorneys immediately."

MSNBC political analyst Mark Halperin called attention to a buried lede in the New York Times report about the attorneys arguing over lunch.

"There's one other detail in that story that i think is important, which says that White House officials believe their colleagues might be wearing wires for the independent counsel (Robert Mueller) and trying to obtain more evidence within the White House," he said.

"That doesn't send a chill in the White House," Scarborough noted.

Scarborough previewed the segment by recalling an experience he had as a young law clerk, when he brought up a case while walking with an attorney.

"He turned to me very politely and was like, 'Young man, we don't talk about our clients outside of the office,'" Scarborough said, "and I looked around. He goes, 'It doesn't matter whether anybody is around or not -- it's something you just don't do.' You know, I learned that as a 23-year-old kid, and these clowns are sending e-mails (to reporters) in the middle of the night. These jackasses."