Florida Gov. Scott's office deleted all 4 calls for help from nursing home where 11 died after Irma 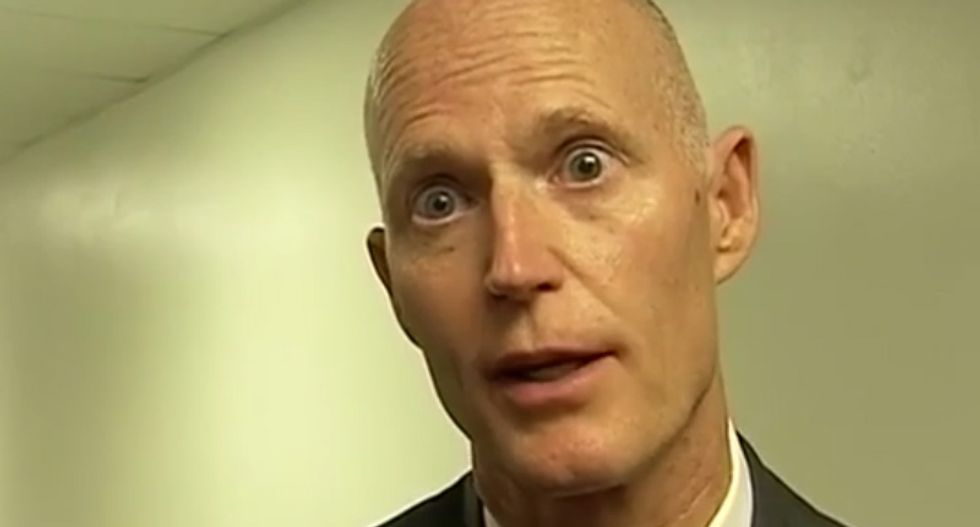 Florida Gov. Rick Scott (R)'s office said Friday that the frantic calls for help from a nursing home where 11 elderly patients died have been deleted from the governor's cell phone and cannot be used as evidence in the criminal probe of the deaths.

CBS Miami reported that when they contacted Scott's office to obtain the voice mails, spokeswoman said, "The voicemails were not retained."

Instead, she said, aides to the governor wrote down the information in the messages, then deleted them.

Natasha Anderson -- a vice president with The Rehabilitation Center at Hollywood Hills, the facility where the patients died -- said she was provided the governor's cell phone number and instructed to call it if there was an emergency.

In the 36 hours before the first patient died in the suffocating heat caused by a failure in the air conditioning's dedicated power supply, Anderson said she called four times and said that the nursing home needed "immediate assistance."

Gov. Scott claims that no one at the nursing home ever said that patients were in danger or that the situation had reached a crisis level.

Unfortunately, no one can currently verify whether he's telling the truth.

Scott announced last week that there will be a thorough investigation into the 11 deaths, which took place directly across the street from an open hospital.

In the wake of the tragedy, the governor has shut off the facility's Medicare and Medicaid funding, but the company said that the governor himself is at fault and the slow response of state services.