'Get out of your golf course cocoon': NYC lawmaker shreds Trump for 'despicable' attack on San Juan mayor 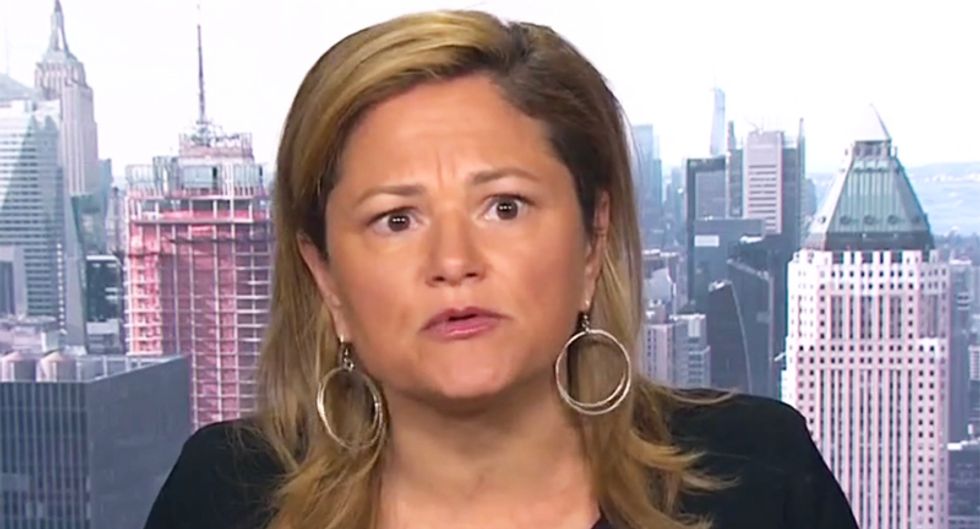 Appearing on CNN with host Christi Paul, New York City lawmaker Melissa Mark-Viverito lambasted President Donald Trump for his meager response to the tragedy in Puerto Rico and called him out for his "despicable' attack on the mayor of San Juan.

Mark-Viverito, the Speaker of the New York City Council, noted that she had just returned from Puerto Rico where she visited her mother, before detailing what she saw.

"What I was struck with was the devastation, basically, though, the absence of any sort of federal authorities in the three days that I was there," she recalled. "It is about life and death, this is about lack of preparation, lack of planning, lack of appropriate response."

"What we need to do is save lives, to have more federal workers there and more troops on the ground," she continued. "We only have about 10,000 between troops and relief workers when there were 40,000 in Florida with Irma. This is not an appropriate response and that has to be acknowledged."

Mark-Viverito then turned to Trump.

"We need much more seriousness,” she said as her voice rose. ”We need President Trump to basically pull away from his fragile ego, to get out of his golf course cocoon and get to work. This is on his watch. People are dying, and he needs to respond appropriately and give proper direction."

"He needs to be in charge," she responded. "He needs to demonstrate some level of empathy over what has happened. The tweets this morning are despicable, deplorable, not statesman-like at all. We need an an understanding that there is a seriousness given to this crisis."