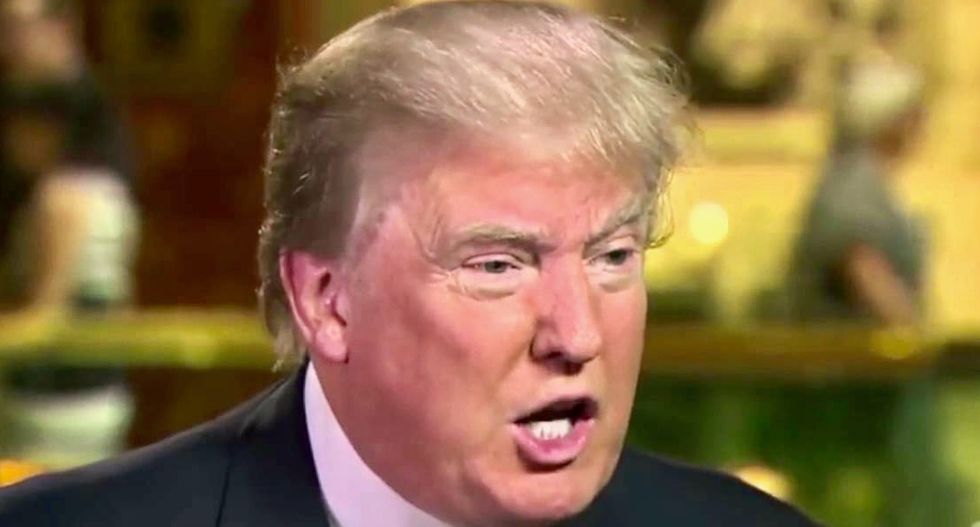 President Donald Trump launched an early morning Twitter attack on the mayor of San Juan, saying she is being manipulated by the Democratic Party, and told to be "nasty" to him.

He followed that up by blaming her leadership for the slowness in repairs, while calling Puerto Rican workers lazy, saying they "want everything done for them."

See: ‘Get out of your golf course cocoon’: NYC lawmaker shreds Trump for ‘despicable’ attack on San Juan mayor

Throughout Friday, Mayor Carmen Yulin Cruz made multiple appeals to mainland U.S. citizens that "people are dying" in Puerto Rico, and was mildly critical of the president for not sending more help to the U.S. territory that was ravaged by a hurricane.

Later in the day, Cruz ramped up her appeal, specifically addressing Trump, saying, "We are not as second-class citizens, but as animals that can be disposed of.”

Trump, who has a history of over-reacting on Twitter to even the smallest slight, lashed out at Cruz early Saturday morning, tweeting, "The Mayor of San Juan, who was very complimentary only a few days ago, has now been told by the Democrats that you must be nasty to Trump."

The Mayor of San Juan, who was very complimentary only a few days ago, has now been told by the Democrats that you must be nasty to Trump.
— Donald J. Trump (@Donald J. Trump) 1506770354.0