'He inspired me': Rapper Common says Colin Kaepernick may have saved lives by kneeling 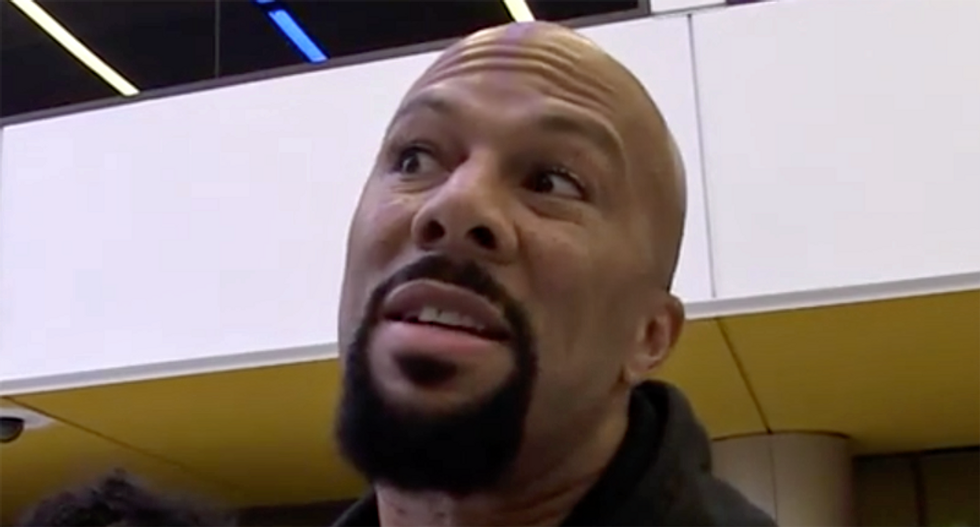 Rapper Common being interviewed by TMZ upon arriving at LAX for a flight.

Rapper Common defended the First Amendment, the American way and Colin Kaepernick when asked about President Donald Trump's "son of a b*tch" comments.

"We live in America and people should be able to express themselves," Lonnie Rashid Lynn, Jr -- better known by his stage name, "Common" -- told TMZ.

"He might have saved people's lives just by the conversations we're having," suggested the Emmy, Grammy, and Oscar award winner.

Common was also asked about 8-year-olds taking a knee.

"I'm inspired that they have the courage to go out and do that and stand up for something," Common explained. "That's what we want our youth to do."

"You pursue your dreams, but you stand up for other people too," is the message he wanted youth to receive.

"Colin Kaepernick is going down in history as one of the greats," Common predicted. "I'm a supporter of him and a believer in him."

"He inspired me just like those 8-year-olds did," Common concluded.