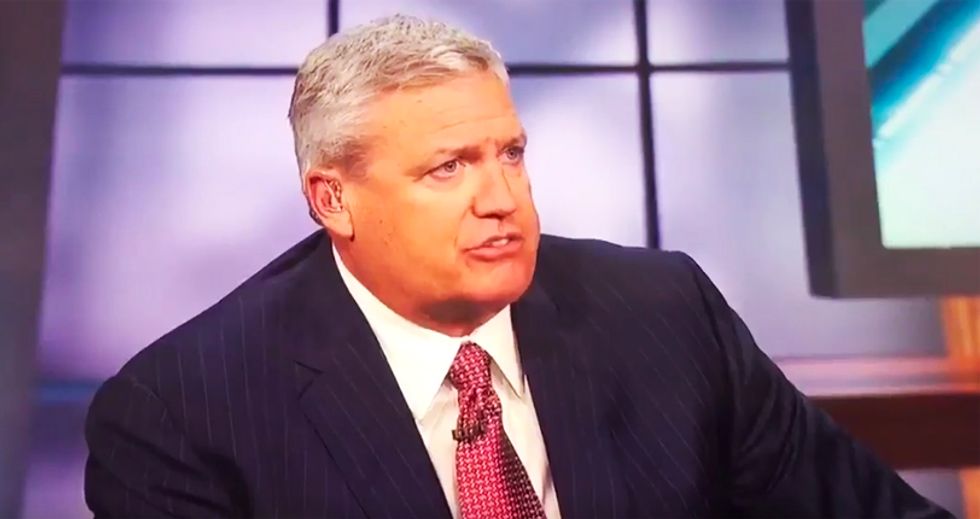 During a Sunday morning panel segment on ESPN, former Buffalo Bills and New York Jets coach Rex Ryan lambasted Donald Trump, saying he is appalled at the president's comments about players taking a knee during the national anthem.

“Let me tell you, I’m pissed off, I’ll be honest with you,” Ryan said Sunday morning. “I supported Donald Trump. I sat back when he asked me to introduce him at a rally in Buffalo, I did that."

Addressing Trump's Friday night comments directed at ex-NFL player Colin Kaepernick, Ryan continued, "But I’m reading these comments, and it’s appalling to me. And I’m sure it’s appalling to almost any citizen in our country. It should be.”

"You know, calling our players SOBs and all that kind of stuff, that's not the men that I know. The men that I know in the locker room I'm proud of. I'm proud to be associated with those people," Ryan added. "I apologized for being pissed off but guess what? That's it, because right away I'm associated with what Donald Trump stands for and all that because I introduced him. I never signed up for that, I never wanted that. That doesn't mean I support 100 percent of the things he says."

This is not the first time Ryan -- an avid Trump booster -- has been disappointed in the president.

Prior to the election he had to walk back his full support of Trump after the Access Hollywood tape was revealed, saying, "I still haven’t seen the video and I don’t care to."