John Lewis blames Trump for open racism: 'He made it comfortable for people to put on their hoods' 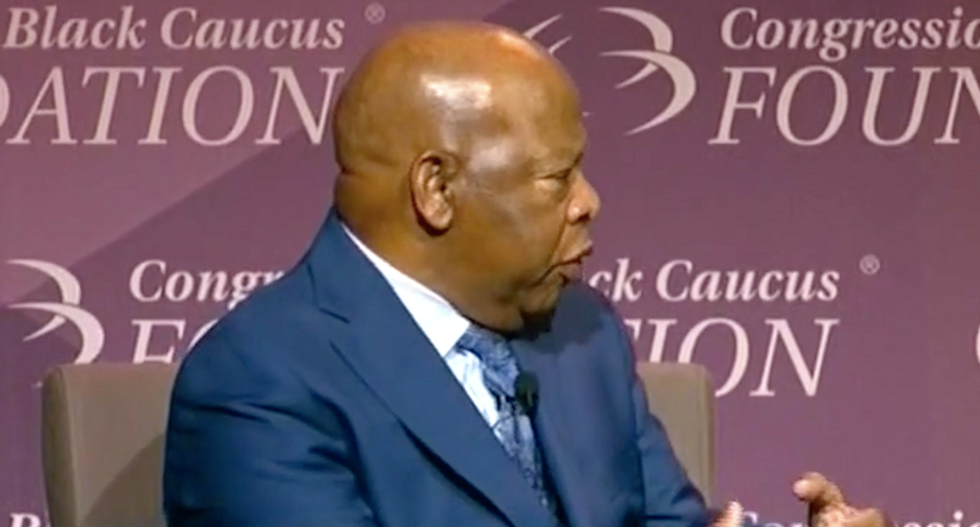 The Georgia Democrat said Thursday, during a civil rights town hall hosted by the Congressional Black Caucus Foundation, many believed the election of President Barack Obama had signaled the end of racism, but he said the past year had shown much more work needed to be done.

"When we had this most recent election, it helped create the climate (and) environment to bring out something that had been a little asleep, and people feel like now they can just get away with doing everything," Lewis said.

Lewis was saddened by last month's white supremacist rally in Virginia, where a neo-Nazi killed a counter-protester with his car, because he was reminded of the ugly history he experienced.

"We faced mobs, we faced the (Ku Klux) Klan, we faced overt, open racism," Lewis said. "During the '60s, during the freedom rides in 1961, black people and white people couldn't be seated together on a Greyhound bus, even Washington, D.C., to travel through the South. We were beaten, attempted to burn us on the bus, we were left bloody and unconscious by angry mobs. When we attempted to march from Selma to Montgomery just for the right to vote to protest in a peaceful, ordinary non-violent fashion, we were beaten by the state police and left unconscious, some bloody, and some of our people died. After the march on Washington in 1963, there was so much hope and optimism, but 18 days later, a church was bombed in Birmingham, where four little girls were killed on a Sunday morning. What we see happening now, it's not new."

He laid the blame for this recent upsurge in open racism at the feet of the president.

"The man that some people voted for made it comfortable for people to put on their hoods, put on those sheets, and I tell you, if we're not mindful or watchful, we are going to go back," Lewis said. "We've come too far, made too much progress to go back. I don't want to go back. I want to go forward, and we must go forward."