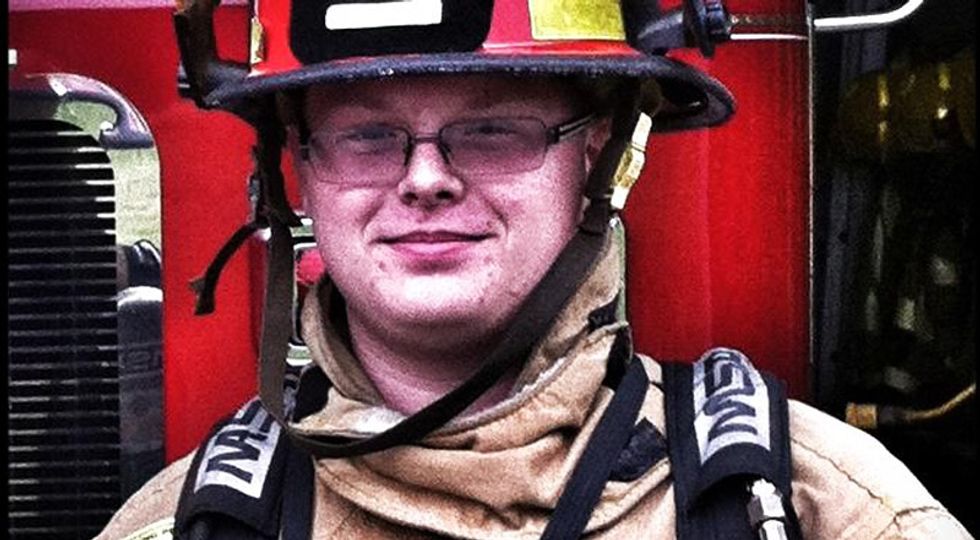 A fireman from Franklin Township in Ohio has been suspended for posting on Facebook that he would rather save a dog than a "n*gger" during an emergency.

According to WHIO, volunteer fireman Tyler Roysdon has been suspended over the racist Facebook post which has since been taken down.

The report notes that Roysdon wrote that if he had to choose between saving a dog and an African American man from a burning building, he’d save the dog’s life because "one dog is more important than a million n*ggers.”

Despite being a volunteer, the Ohio firefighter is paid for when his services are needed -- but will not be called while his case is under review.

“Recently, a Franklin Township volunteer firefighter posted unacceptable remarks on social media. Upon gaining knowledge of this information, Fire Chief Steve Bishop immediately contacted the firefighter and directed the comments be removed.  The firefighter was suspended without pay until the Board of Township Trustees could meet to determine a course of action.  Chief Bishop does not have the authority to terminate employees.  Termination of any township employee requires a vote by the Board of Trustees,” a statement from the township read.

You can watch the report below via WHIO: