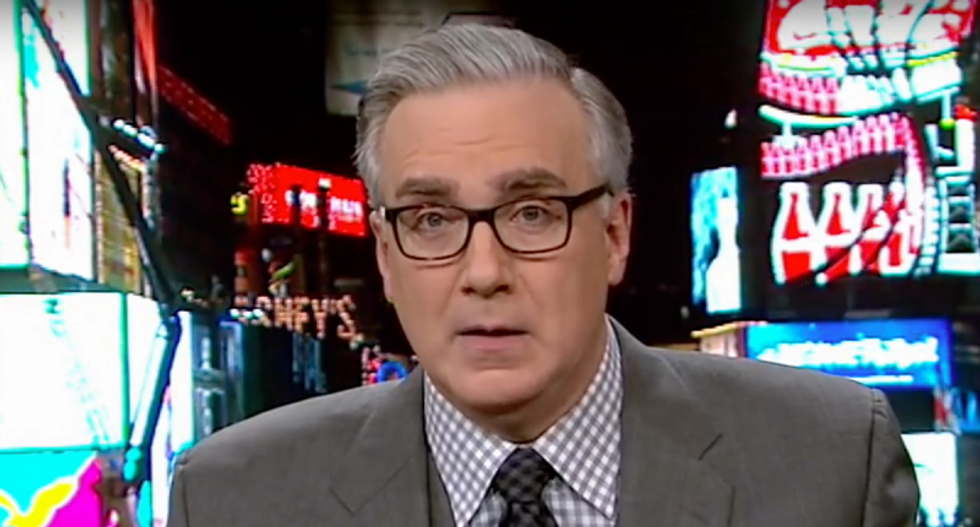 Of all the incriminating evidence against President Donald Trump in the investigation into his alleged collusion, one tech mega-company stands to provide the "smoking gun," Keith Olbermann argued on Monday's episode of "The Resistance."

"The ceiling will soon or late cave in on Donald Trump," Olbermann began, "and in large it will do so because of Facebook."

Earlier this month, news broke that Facebook sold at least $100,000 worth of "divisive" ads to a Kremlin-associated Russian operation and later, that Special Counsel Robert Mueller received more information about the ads than Congress did.

Over the weekend, another report confirmed that Mueller got a warrant to seize the Facebook files -- a telling fact in itself, Olbermann said.

"Mueller convinced a judge not merely that the Facebook ads included a crime or crimes, but he had to have convinced that judge that evidence supporting prosecution of the alleged perpetrators could still possibly be found in Facebook's files," the host argued. "It would be the computer equivalent of a paper trail."

"It is a crime to know that a crime is taking place and to help it succeed. That's aiding and abetting. If any Trump associate knew about the foreign contributions that Mueller's search warrant focused on and helped that effort in a tangible way, they could be charged," former federal prosecutor Renato Mariotti wrote in a tweet thread Olbermann quoted.

"In addition, anyone who agreed to be part of this effort in any way could be charged with criminal conspiracy," he continued. "They wouldn't need to."

Watch Olbermann make his case below.