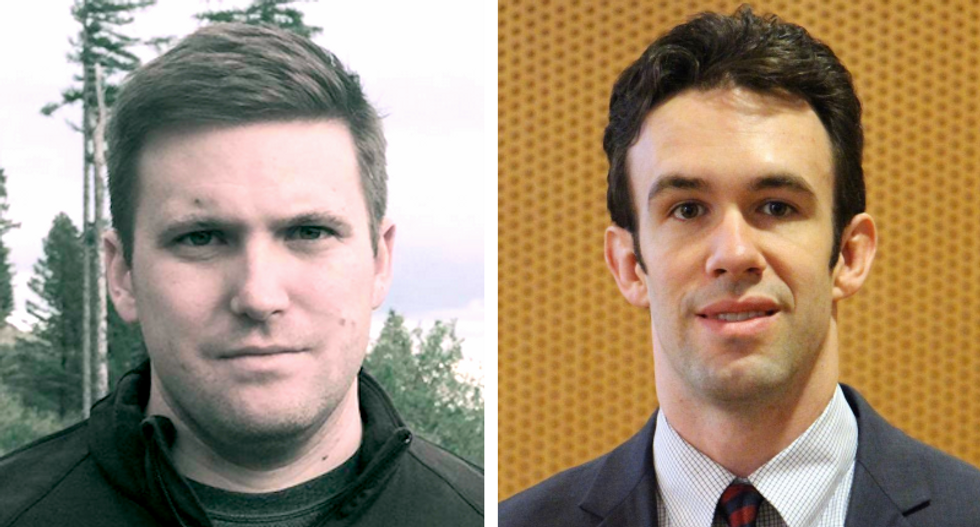 Connections to Alt-Right leader Richard Spencer have shined a spotlight on one Republican prosecutor's record on race issues.

Freed, who was the 2012 Republican Party nominee for state Attorney General, says he did not personally know McLaren.

"At some point in 2017 he just stopped showing up," the DA told Penn Live.

"Spencer is viewed as a key founder of the alt-right movement, whose followers variously voice support for anti-Semitism, white separatism and European-Aryan supremacy philosophies also promoted by such groups as the Ku Klux Klan, the Aryan Nations and assorted neo-Nazi and national socialist groups," SPLC explained.

Cumberland County has a quarter of a million residents, yet only 3 percent of the residents are African American.

Despite making up only 3 percent of the population, African Americans account for 25% of prison admissions.

The racial disparity in prison admissions isn't the only cause for concern in Cumberland County.

In December of 2015, the American Civil Liberties Union of Pennsylvania published Forfeiture in the Shadows, "an investigation of civil asset forfeiture in Cumberland County [PDF of the report].

"While African-Americans compose only 3% of Cumberland County’s population and 15% of those arrested for forfeitable offenses, African-Americans made up 36% of property owners in forfeiture cases," the ACLU found.

"As for calling my practices racist, I am finishing my 10th year as DA. I have been called every name in the book," Freed told Fox 43 in response to the ACLU report. "So I am way past being offended by that."

Freed says his office is "reviewing the traffic court matters and research matters he worked on in order to determine whether his beliefs intruded at all on the results of the case."

"This experience has certainly taught us a lesson," Freed added. "While it goes without saying that everyone is entitled to his or her beliefs, the positions of McLaren and his current employer do not reflect the values and beliefs of me or my office."

I call on Cumberland County @DADaveFreed to review every case he had Evan McLaren handle to ensure no racial bias. https://t.co/vHa11p1Y4n
— Jake Sternberger (@Jake Sternberger) 1504120443.0