'They are dumb enough to believe him': GOP strategist compares Trump's base to snakehandling preachers 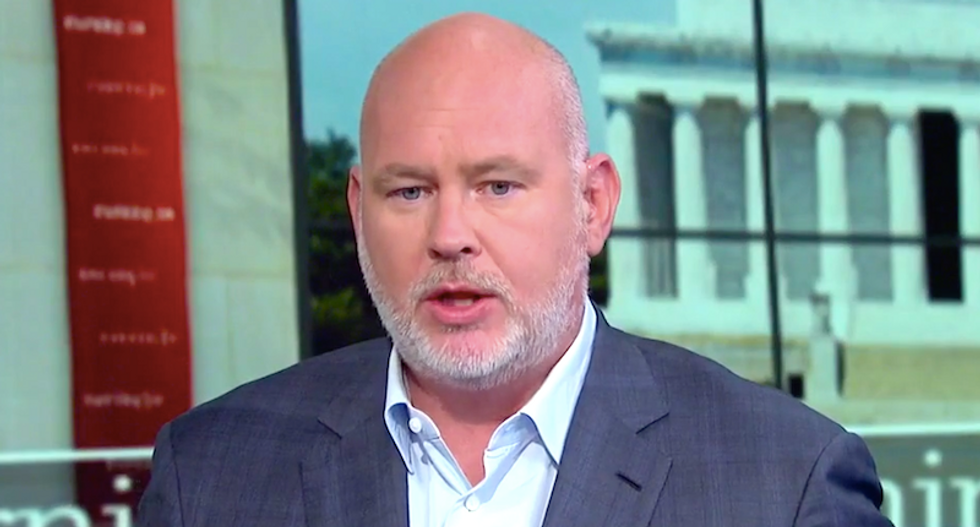 Republican strategist Steve Schmidt urged President Donald Trump and House Speaker Paul Ryan to fight back against the "Breitbart wing" of the GOP before they lose their legislative majority -- and their jobs.

"The most amusing thing, it's just kind of -- thinking about this last night when it broke, I said, are these guys, the Steve Kings of the world, I said is it possible these people are dumb enough to believe -- like the guy who picked up the rattlesnake this summer and kissed it on the nose and got bit in the face," Schmidt said. "Are they so dumb they didn't see this coming? That they believed Donald Trump believed this stuff?"

Breitbart enjoys an outsize influence due to its proximity to Trump, but Schmidt said its power could wane as the right-wing site hits Trump for working with Democrats on the budget and immigration -- which could make the president more popular.

"This is the moment to break their backs," Schmidt said. "Paul Ryan better wake up to the reality that he's in a existential fight for the future of the Republican Party. If he doesn't, not only is he not going to be speaker for much longer, (but) Republicans are likely to lose their majority and then the Democrats will be able to bring legislation to the floor -- including possible impeachment."

Schmidt said the president must have gotten tired of being historically unpopular, and with Bannon out of the White House decided to do something that appealed beyond his own base.

"He's utterly transactional," Schmidt said. "He woke up in the last month and said, 'Wow, people really hate me,' and they do. (He's) the most unpopular president, 200 days in, in the history of modern polling. So now he's looking and said, 'Well, maybe I ought to be on the side of some of these issues 80 percent of the American people support, and we'll hear all these loons screaming out there on the fringes, but it will have no impact. But it is amazing that they're surprised by it."