‘This is what white nationalism looks like as policy’: AM Joy panel unloads on Trump's lazy Puerto Ricans smear 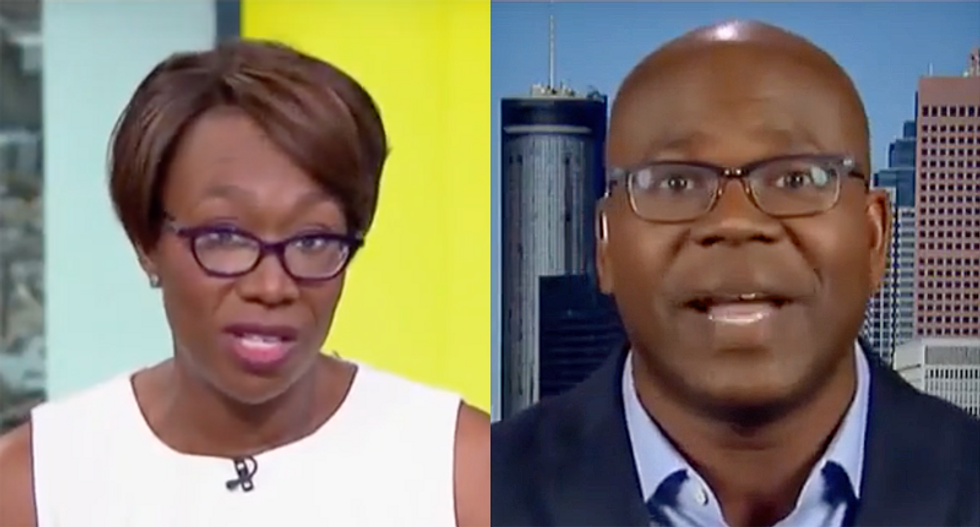 "So once again, [President Trump] is trying to say anybody who criticizes him, is attacking soldiers and first responders," host Joy Reid said of the commander in chief's ongoing Twitter tirades.

"This is what white nationalism looks like as policy," Johnson explained. "When you have a policy, when you have a belief that only white people are true Americans -- Puerto Ricans are Americans, Donald Trump doesn't care about that -- therefore he is attacking people and distracting from the fact that our response there, to fellow Americans citizens, has not been adequate."

Johnson didn't just criticize what President Trump has said, he also criticized what hasn't been said.

"Remember, there was a racist incident at the Air Force Academy earlier this week where n-word was scrawled on the doors of cadets --Trump hasn't said anything about that," Johnson noted. "This is par for the course and the fact that he didn't have an adequate budget even in advance of this disaster is going to make the recovery of Puerto Rico -- and Houston and parts of Florida -- more difficult down the road."

"There's a part of his base that actually loves this, clearly," Reid noted. "Donald Trump did this after some other members of his fan club started it."

"You have a guy -- who part of the big Pizzagate conspiracy -- Mike Cernovich, big Trump booster, come out and call the mayor of San Juan garbage, he called her a murderer and said she failed her people and should be in prison," Reid noted.

Reid asked Johnson about the perception that people of color must be nice to Donald Trump for him to do his duty.

"Donald Trump believes that black and brown people in this country are beholden to him and must beg him...and feel like they should feel thankful to even have the opportunity to be in his presence," Johnson explained.

"The mayor had the audacity to be born both a woman and brown -- heaven forbid -- and then do her job. And those are things Donald Trump can't handle," Johnson concluded.