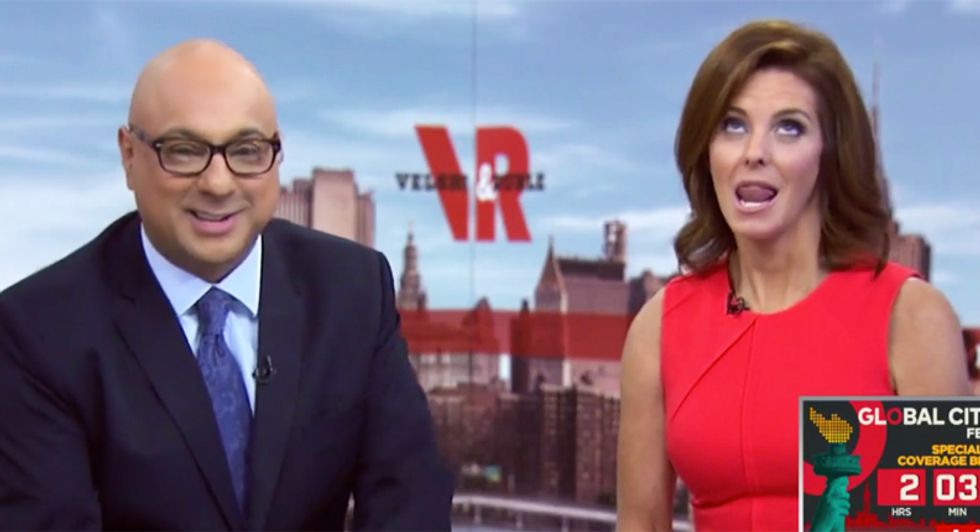 MSNBC host Ali Velshi gave a quick lesson in economics and Republican use of smoke and mirrors on Saturday, exposing Wisconsin Governor Scott Walker for a big tax dollar giveaway to a manufacturer noted for making Apple iPhones.

On Velshi & Ruhle, the host broke down the GOP governor's plan to give Taiwan's Foxconn Technology Group $3 billion in refundable tax credits in exchange for the technology giant creating 13,000 new jobs in his state.

As Velshi pointed out, the tax credits will only be given if the jobs materialize -- but there is a catch.

"Foxcon won't get any payouts until they follow-through with the construction and hiring," Velshi explained before getting down to the devil in the details. "But here's the thing. Donald Trump has been touting this, Scott Walker has been touting this. An analysis from the Wisconsin Legislative Fiscal Bureau says that the deal heralded by President Trump won't generate any profits for the state until 2042 at the earliest."

"So assuming Foxconn makes good on the promise, which we shouldn't, because it broke another deal three years back in Harrisburg, Pennsylvania So Wisconsin will wait 24, 25 years," Velshi explained

"So, to put this in perspective," Ruhle offered. 'He [Trump] talks about jobs all the time, he references Foxconn like a big, big win. But I never hear the president mention Amazon, one of the greatest American success stories, a company that is actually hiring -- in real-time -- tens of thousands of people."