‘We tried being understanding with you N*ggers’: SC lawmaker gets racist threat over Confederate monuments 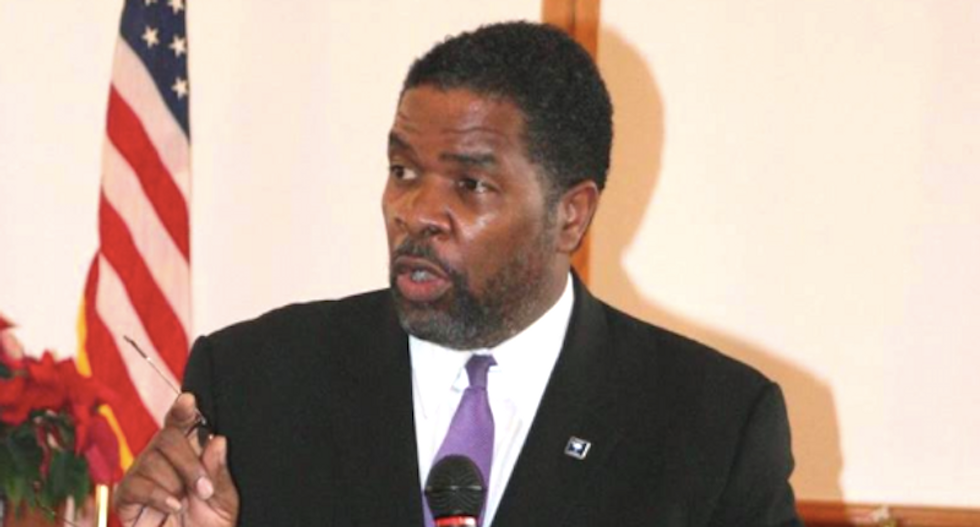 A South Carolina lawmaker received a death threat from someone using the name of a notoriously racist 19th-century political figure.

Charleston's mayor says he won't remove the city's many Confederate monuments but wants to change language on their plaques to tell a deeper historical narrative -- but Gilliard has said that's not enough.

"If I was mayor of this city, I would bring those statues down," Gilliard told The Post and Courier last month, after the Charlottesville white supremacist rally. "Not to erase anything, but I would put them in a museum. To me, that's the answer to all of this."

The lawmaker received the death threat Thursday, about two weeks after his remarks about the monuments, from someone calling themselves "John Calhoun" and using an email address called "generalleeflag666."

"We (tried) being understanding with you N*****s!" the person wrote. "If you don't like the Flag and our monuments you should go back home to Africa. This (is) our country and we both know you will not have your way. We despise you and I don't understand why you're fighting a losing battle. What's your address? Maybe I will bring my group to your house. We wear suits. No sheet. How about 3AM?"

Gilliard said he's received threats in the past, but he said this was the first he'd gotten on his personal email.

"It really jumped out at me, because I take these things seriously," Gilliard said.

The lawmaker reported the threat to police, who are investigating, but said he's not intimidated.

Gilliard said last month, after the Charlottesville rally erupted in violence and reopened a national debate over memorializing the Confederacy, that the Calhoun statue -- one of the state's tallest, at 115 feet -- has always bothered him.

“I always thought we should revisit (the Heritage Act), and repeal it," Gilliard told WCIV. "As long as we have a president in office, and he’s going around perpetrating everything -- hate and disrespect for mankind -- we need to revisit things like that.”

Former South Carolina Gov. Nikki Haley, now President Donald Trump's ambassador to the United Nations, ordered the removal of a Confederate flag flying over the statehouse in July 2015, after a white supremacist murdered nine black worshipers in a Charleston church.

That massacre also spurred Yale University to rename one of its residential colleges honoring Calhoun, an alumnus, earlier this year.

Calhoun served as a U.S. vice president, secretary of state, secretary of war and senator, and he was a staunch defender of slavery and a devoted white supremacist, even by 19th-century standards.

"(He was) a white supremacist, an ardent defender of slavery as ‘a positive good,’ someone whose views hardened over the course of his life, who died essentially criticizing the Declaration of Independence and its emphasis on all men being created equal," said Yale President Peter Salovey. “I think we can make this change without effacing history. We’re not removing evidence of John C. Calhoun from our campus.”