'What everyone was afraid of': Ousted aides Priebus and Bannon warned Trump not to fire Comey to avoid 'firestorm' 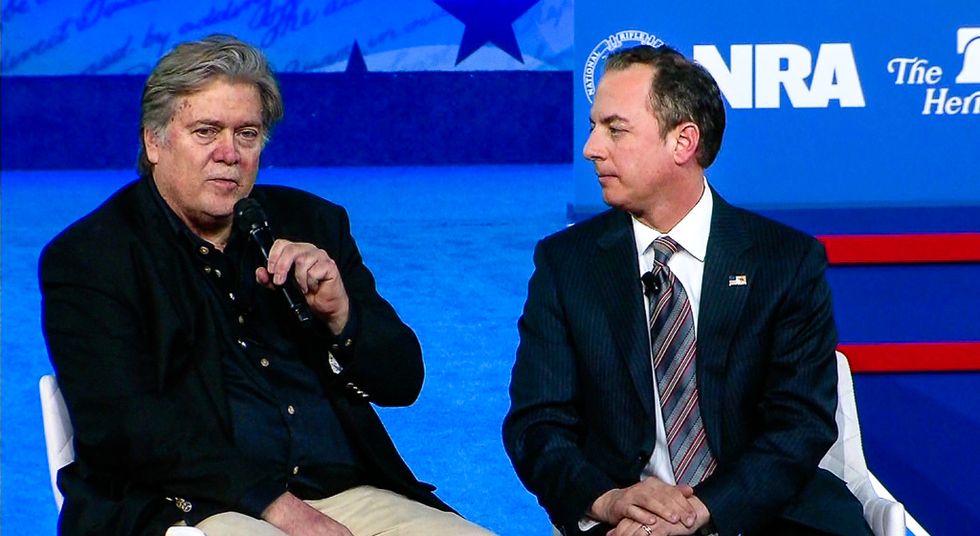 According to a Politico report, White House aides like now-fired staffer Reince Preibus tried to warn Trump against firing Comey because it could create a political "firestorm."

“It turned out to be what everyone was afraid of,” one adviser told Politico. “A pivotal point for his presidency, and not a good one.”

The report also claims that Trump and his subordinates "talked and talked about" firing Comey in the days leading up to the president's decision.

Trump reportedly made the decision while spending the weekend at his Bedminster, New Jersey golf course with his adviser son-in-law Jared Kushner and Steve Bannon's protegee Stephen Miller. A New York Times report claims that Miller drafter Trump's first letter that lawyers urged him not to publish and that is now being investigated by Mueller.