Where is Rudy? He's not the only Trumpster who's disappeared from TV after the Russia subpoenas dropped 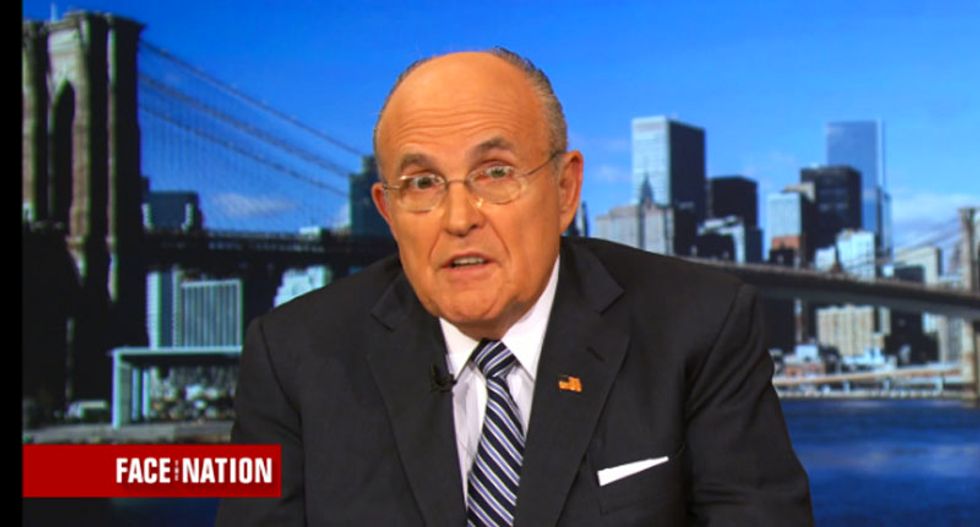 One unintended consequence of the investigation into the Russia scandal has been a sudden disappearance of certain loyalists to President Donald Trump. This time last year, Trumpsters practically camped out at cable news outlets begging for time to spin one thing or another.

Today, those same followers seem to have conveniently disappeared while others seem to have taken a backseat to networks fearful to be seen supporting commentators that have a history of tweeting and retweeting white supremacist ideology. At the same time, subpoenas can be a downer for any booking agent searching for commentators. Often lawyers warn clients to say as little as possible in the wake of becoming an investigation target. Cable news commentary doesn't exactly lend itself to that philosophy.

Here's a look at a trio of Trump-loving supporters who seem to have disappeared from cable news:

The former campaign ally was said to have been fighting for a position as Secretary of State. He wasn't even considered. Ever since, the once frequent Fox News guest seems to have fallen into the infrequent guest list. It could be that he has a proclivity to make things up, or it could be that the more he opens his mouth the more he falls under an investigation.

Giuliani spent a lot of time on cable news talking about inside information he heard from FBI leaks. Two days after saying a "big surprise" was coming, FBI Director James Comey revealed he was revisiting his probe into Hillary Clinton's emails. Giuliani's big mouth on national television earned him his own investigation. Not it seems his cable news appearances are few and far between.

Former campaign managers and campaign staffers are the makings of a good political panel on CNN these days. Symone Sanders is the former spokesperson for Bernie Sanders. CNN commentators David Axelrod and Stephanie Cutter were both campaign managers for Barack Obama. Amanda Carpenter was the spokesperson for Sen. Ted Cruz's (R-TX) presidential campaign. Every former campaign staffer from major campaigns seems to have a commentary gig. Manafort isn't even on Fox News to defend his former boss. Granted, a Congressional investigation, FBI raid and subpoena pending indictment does put a damper on camera appeal.

In the very early days of the Trump campaign, it was Roger Stone that was lighting up Fox News for his friend. Even Megyn Kelly brought Stone on to defend Trump's birtherism. Now that Stone is part of the Russia probe, he seems to have been relegated to political conferences and the likes of InfoWars.

Now he's joined his lawless brethren only commenting on cable news networks like CSPAN because they carry the House investigation panel where he's been asked to testify.