White House aide Omarosa being forced out by Kelly for getting Trump worked up over negative press: report 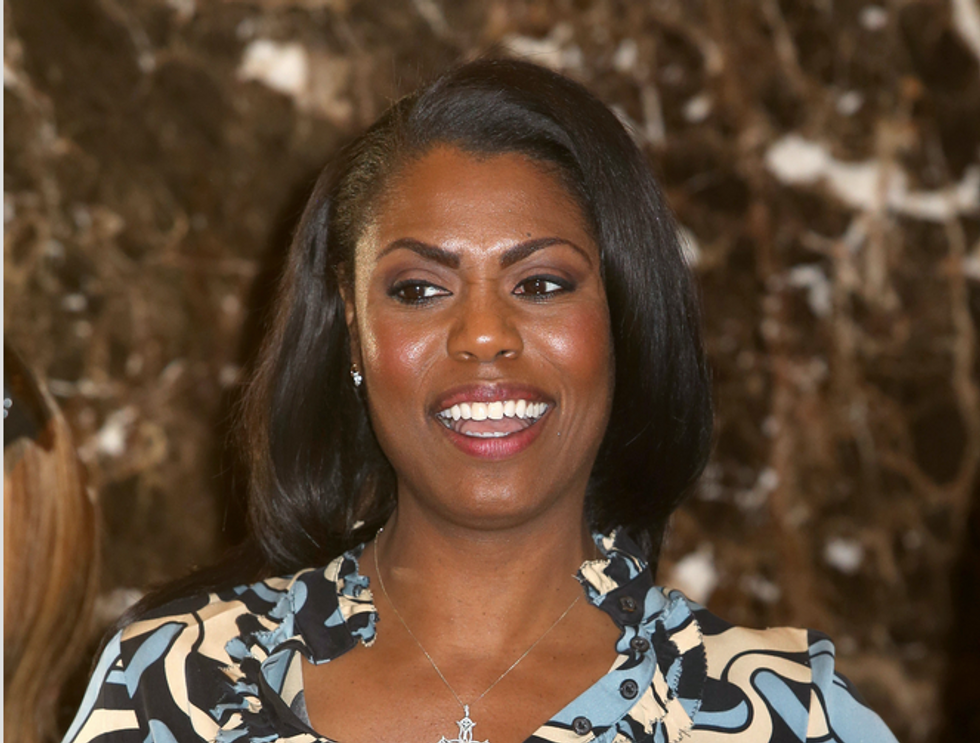 As part of his solidification of power, White House Chief of Staff John Kelly is blocking Donald Trump confidante Omarosa Manigualt from speaking with the president because she is getting him worked up over bad news.

According to the Daily Beast, the former Apprentice contestant has been increasingly blocked from seeing the president at  former General Kelly's command in an effort to control what information is delivered to Trump.

The issue for Kelly has been preventing Omarosa -- who serves as the communications director for the Office of Public Liaison -- and other senior staffers from sharing unvetted and dubious news articles with the president in an effort to influence Trump.

According to sources in the White House, those articles get Trump all riled up and distract him from the conducting the business at hand -- with Manigualt being one of the worst offenders.

“When Gen. Kelly is talking about clamping down on access to the Oval, she’s patient zero,” one source explained,

Another source added that Kelly, “is not thrilled by any means by [Manigault]. He is, however, thrilled that he has been able to stop staffers including Omarosa from bolting into the Oval Office and triggering the president with White House [palace] intrigue stories.”

According to one source, the news articles shared with Trump tended to be from "obscure, gossipy websites, and concerned White House palace intrigue, media personalities, or prominent Republicans in Congress."

Manigualt is reportedly not happy with the new arrangement and it remains to be seen whether Kelly's influence may lead to her leaving the White House.